The UN acknowledged their involvement in cholera epidemic in Haiti 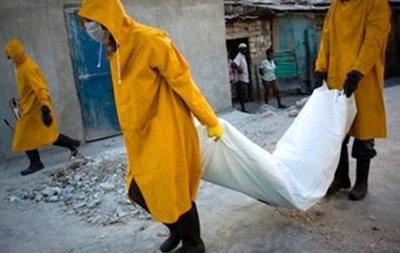 The UN on Thursday for the first time publicly acknowledged that played a role in causing the cholera epidemic in Haiti in 2010, which to date has claimed the lives of nearly nine thousand people. As stated by the Deputy official representative UN Secretary-General Farhan Haq, the leadership of the world organization came to the conclusion that it must do much more to alleviate human suffering.

In cooperation with the government of Haiti, the UN has been involved in efforts to eliminate cholera since the outbreak of the disease in 2010, but last year convinced that needs to do a lot more in connection with its role in the initial outbreak and the suffering of the affected by cholera, ” he said.

According to him, currently the Secretariat of the organization is considering a number of options for further action, including recommendations, prepared by the expert of the UN Council on human rights Philip Alston. In his report sent to ban Ki-moon on 8 August, he came to the conclusion that the cholera epidemic would not have started if not for UN action. As stated by Farhan Haq, on the new steps by the UN will be announced within the next two months, after they are analyzed, agreed upon with the Haitian authorities and discussed with the countries – members of the organization.

Since October 2010, cholera in Haiti died about nine thousand people, while the number of cases exceeded 700 thousand In the first two months of this year there were 96 cases of the disease. According to local residents, and epidemiologists, to the spread of the disease has led to the discharge of sewage into the Artibonite river from the camp of Nepalese United Nations peacekeepers, who were sent shortly after the devastating earthquake that killed more than 220 thousand people.

Despite the fact that the United Nations is helping Haiti to fight cholera, the representatives of the world organization still refused to recognize responsibility for the outbreak, arguing that to determine the precise source of infection is impossible. However, in recent years, against the UN in the US was filed several lawsuits demanding compensation for the cholera outbreak and to eliminate its consequences. In the UN Secretariat, meanwhile, claim that they have immunity from prosecution on U.S. soil.