The US will be the main “victim” of global warming, say scientists 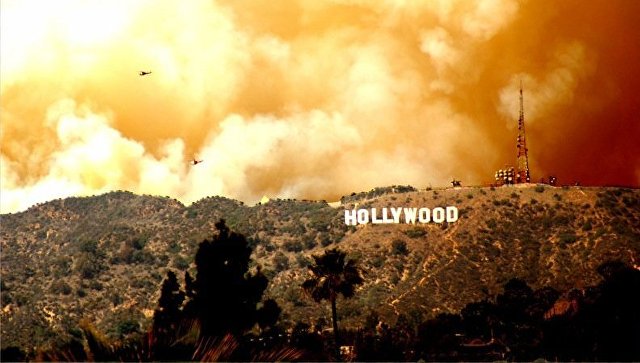 The United States will suffer the most from global warming – sea level rise, extreme weather events and other consequences of climate change will eat up to 250 billion dollars each year from the American economy. This conclusion was reached by scientists who published an article in the journal Nature Climate Change.

“We have uncovered the absolute falsity of the popular idea today that most of the Paris agreements will be won not by the US, but by China and other countries.” Hundreds of very different scenarios show that the United States will suffer most from the effects of warming, even compared to other large economies ” “Said Kate Ricke of the University of California in San Diego, USA.

Most scientists who study the Earth’s climate today do not doubt that global warming exists and it will radically change the face of the planet if temperatures can not be kept at the level of one and a half degrees Celsius. This is supported by the results of measurements of dozens of climatic satellites, thousands of meteorological stations and buoys in the sea, and hundreds of computer models of the planet’s climate.

To prevent such a scenario, the countries of the world signed in December 2015 the first universal and binding Paris agreement on combating global warming. Within its framework, states voluntarily committed themselves to significantly reduce greenhouse gas emissions in the next few decades.

Even before Washington’s withdrawal from the agreement, many climatologists were skeptical enough about the chances that the Paris agreements would be implemented. The reasons for this were different – for example, the compromise nature of the document, in which there are many indulgences for the Third World countries, or obviously not achievable obligations for some states, for example, the United States.

Ricke and her colleagues checked whether the US withdrawal from the Paris agreements was justified from both an economic and a climate point of view, as President Trump and his supporters repeatedly stated.

To do this, the scientists combined all possible economic and social consequences associated with global warming into the list and estimated the “contribution” to the economy for each such factor using dozens of different climate models. These calculations have unexpectedly shown that the consequences of global warming will be radically different for different countries of the world.

For example, it turned out that the northern countries, including Russia, Canada, as well as the states of the European Union and Northern Europe, will not suffer, but, on the contrary, will improve their lives if the average annual temperatures grow at an accelerated rate.

This, as the scientists note, is due to the fact that the current temperatures in these countries are much lower than the economic optimum. Accordingly, the increase in temperature will increase the yield in agriculture and reduce the energy consumption in industry.

On the other hand, many southern countries will suffer more than predict current climate forecasts. The strongest global warming will hit the US and India – their economies will lose $ 250 and $ 206 billion each year. In the top five “leaders”, in addition to Washington and Delhi, were Mexico, China and Brazil.

As Rikke and her colleagues write, a kind of economic paradox – the main future victims of global warming are today or for a complete rejection of the Paris agreements, or their weakening in favor of developing countries. On the other hand, almost all countries that would benefit from rising temperatures are in favor of reducing emissions.

These estimates and forecasts, as the scientists hope, will help politicians from the first group of states to adjust their positions and stop acting at the expense of their own economic interests.