The USA evacuates people from Guantanamo base because of hurricane approach 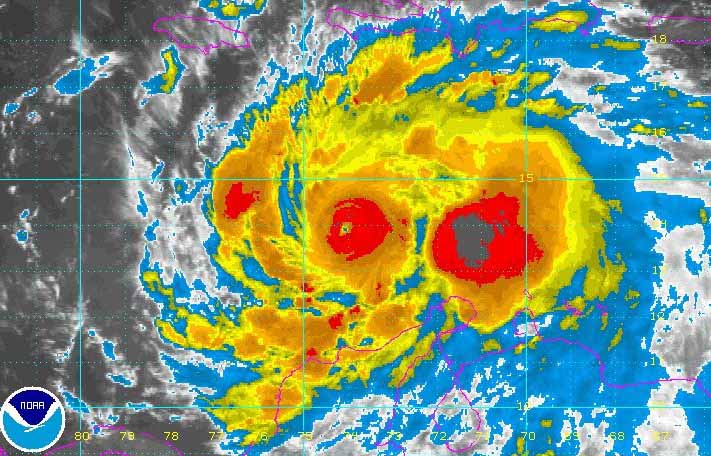 The American authorities made the decision on evacuation about 700 people from Naval Forces base of the USA in Guantanamo (Cuba) because of approach of the hurricane “Mathew”.

According to its data, the order concerns only to employees who carry out on the basis of a task, not among the most important, and also to members of their families. People on military transport planes will be brought to the American State of Florida, it is offered to them to take away with itself pets.

At the same time, as the TV company specified, any of the prisoners who are contained in special prison on base it is not planned to evacuate. The personnel which remained on base in case of need will be able to use special shelters. According to all available data from the Pentagon, in Guantanamo support 61 prisoners now. In usual time on base there are in total about 6 thousand people.

Wind speed in epicenter of Mathew, by estimates of staff of the National center for observation of hurricanes located in the American city of Miami (State of Florida) makes 233 km/h now. The atmospheric phenomenon approaches the territory of Cuba with a speed about 8 km/h. If the current parameters remain, then Mathew will reach the island state on Tuesday.

The season of hurricanes usually proceeds in Atlantic half a year – from June 1 to November 30. The atmospheric phenomenon is classified as a tropical storm and receives own name if wind speed in its epicenter reaches 63 km/h. At a speed of wind of 118 km/h and more storm becomes a hurricane.

In this season over the Atlantic Ocean 13 tropical storm from which five turned into hurricanes – Alex, Earl, Gaston, Ermina and Mathew were created. In total more than 60 people from whom 49 died in August in Mexico when passing the hurricane “Earl” became their victims. The main blow of elements then fell on states Veracruz and Puebla.