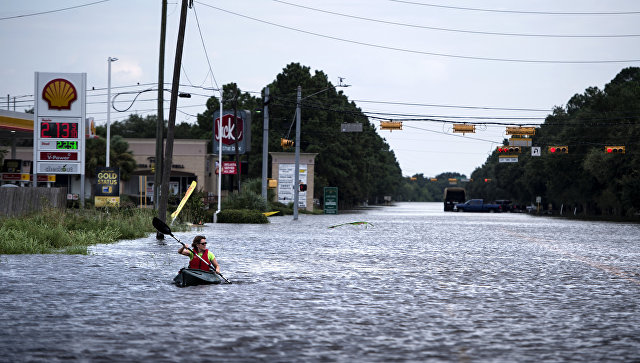 The most powerful hurricanes, similar in their destructive power to “Harvey”, “Maria” and other powerful cataclysms this year, will occur 18 times more often near the southern shores of the United States at the end of the 21st century than at the end of the last century, says the climatologist in an article published in the journal PNAS.

“At the end of the last century, the probability of a powerful hurricane off the coast of Texas was about 1%, and after 100 years the chances of its birth would be about 18% – in other words, this probability will increase dramatically.” It should be prepared, “said Kerry Emanuel Emanuel) from the Massachusetts Institute of Technology (USA).

In recent years, as noted by scientists, the frequency of occurrence of so-called extreme weather events has increased markedly – large hurricanes off the coast of the United States and a number of East Asian countries, floods in the continental regions of America and Europe, long periods of drought and anomalous heat in Russia and Central Asia. All this, in the opinion of researchers, is associated with global warming, but the mechanism of its action on the weather is still not fully understood.

Some scientists believe that the increase in hurricanes today is associated with disruptions in the cycle of heat and energy in the atmosphere, the “surplus” of which is dumped in the form of powerful hurricanes and vortices. Other climatologists believe that global warming has not increased the total number of hurricanes, but simply “shifted” them to the north, as a result of which they more often reached the Atlantic coast of the United States and the islands of the Caribbean Sea.

Emanuel took into account all such factors in his climate model, predicting the emergence of powerful hurricanes off the southern shores of the United States, and tried to predict how often such storms would visit them in the future.

This model works quite simply – each new season the computer “sows” the Atlantic with a huge number of “hurricanes” of hurricanes, some of which then fades, while others turn into more powerful vortices. The likelihood of such an outcome depends on a variety of random factors, as well as the temperature of the upper layers of water and other parameters directly influenced by global warming.

The work of this model, as the scientist says, he and his like-minded MITs were first tested on past climate data, trying to predict how often hurricanes should have occurred in the vicinity of Houston and other Texas ports in the last three decades. Such a decision was due to the fact that climatic models extremely badly predict the occurrence of hurricanes, and they must be “tuned” using real data.

By matching prediction and calculation results, Emanuel calculated the probability of a hurricane of the Harvey class in the pre-industrial era, at the turn of the millennium, today and 100 years from now.

In the past, as his calculations showed, such storms arose only once in two thousand years, which made them very rare, in 2000 they arose in the Atlantic with a probability of about 1%. Today such hurricanes appear six times more often due to the growth of average annual temperatures and other climate changes.

By the end of the century, if sea temperatures continue to rise, the likelihood of Harvey’s rise will be 18 times higher than in 2000. For this reason, according to the climatologist, the authorities of the coastal states and cities of the United States need to prepare for the invasion of hurricanes already now.