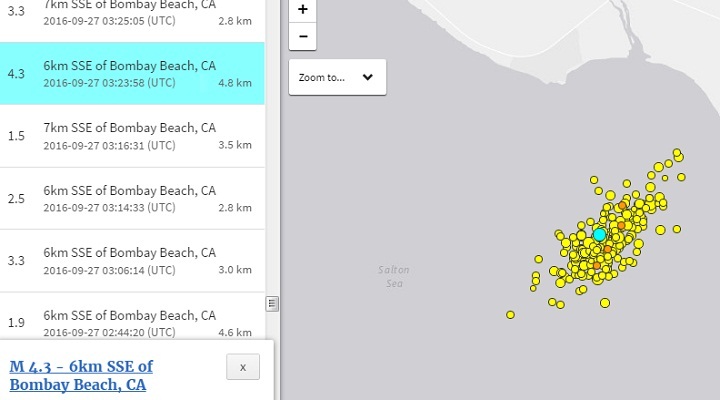 Monday September 26, California lake the Salton sea is shaken by a major series of earthquakes, reaching magnitude 4.3. For the last four days in the pond there were over 260 earthquakes, the epicenters of which were at depths mostly from 3 to 9 km. of the total number of events 43 impetus had a magnitude above 2.5. 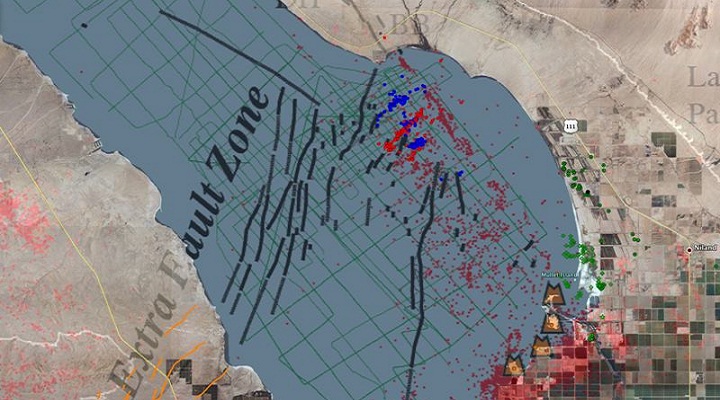 As reported by experts from the U.S. Geological survey, this activity was observed earlier, and therefore need not be alarming. Based on preliminary calculations performed on 27 September, seismologists service came to the conclusion that the probability of a major earthquake of magnitude 7.0 or above in the area until October 4, inclusive, ranges from 0.3 to 1 % (decreasing over time). This prediction is made based on several models developed in California to assess the likelihood of foreshocks and aftershocks.