The volcanic eruption in Bali will make the lands fertile 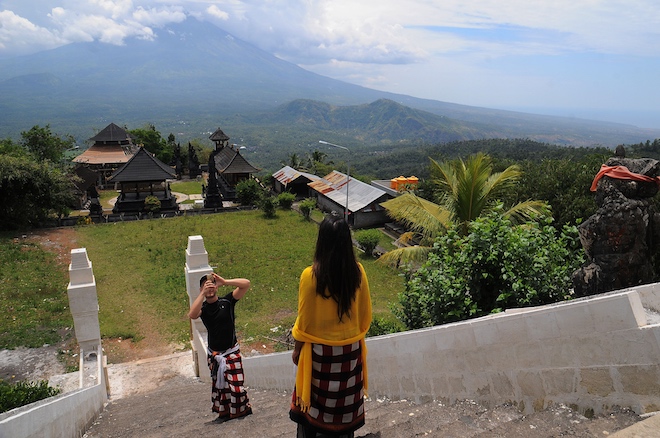 Volcano Agung in Bali is on the verge of eruption, more than 100 thousand people were evacuated. However, many willingly return to the danger zone after the eruption – because the soil there will become extraordinarily fertile.

The eruption is likely to be catastrophic, with lava flows at a temperature of 1250 degrees Celsius and jets of ash. The risk to people will be huge. Ash, thrown out by the volcano, will not only affect aviation and tourism, but also cause a lot of trouble for farmers, falling asleep agricultural land and damaging the crop. However, in the long term, ashes will create the most fertile soils in the world.

Although volcanic soils cover only 1% of the Earth’s surface in the world, they can feed 10% of the world’s population, including areas with the highest population density.

Indonesia is on the Pacific Ring of Fire, a chain of volcanoes that stretches from Sumatra through Java and Bali to Timor, and represents the most dangerous tectonic zone of the planet.

Throughout history volcanic eruptions in Indonesia have influenced the climate of the world. For example, the Toba volcano about 74 thousand years ago caused a six-year volcanic winter.

The volcano of Tambora is known for its furious eruption of 1815, which became the reason for the year without summer in Europe. The world also cooled the eruption in Krakatoa.

During the eruption of Tambora on the island of Sumbava in 1815, about 160 cubic kilometers of ash fell into the atmosphere. This catastrophic event affected the population on the neighboring islands, including Bali. Agriculture has suffered from ash deposits and a deficit of sunlight. The ruin lasted 10-15 years, until the ash turned to fertile soil.

Over the past decade volcanoes erupted in various parts of Indonesia – Merapi (2010) in Central Java, Sinabung (2014) in North Sumatra and Kelud (2014) in East Java.

Despite the danger posed by volcanoes, areas with high volcanic activity are characterized by the most fertile soils due to emissions of plant nutrients such as potassium and phosphorus.

The Dutch scientist E. S. J. J. More noted in 1938 that the region near the Merapi volcano was more densely populated where the soils were created by volcanic ash. Such soils are the most likely reason that Java can withstand the high density of the human population, more than 1100 people per square kilometer. A few years after the explosion of the volcano Galunggung in April 1982, harvests in the Tuskimalaya area increased.

Tephra (the scientific name of volcanic ash) contains primary materials rich in nutrients. Over time, due to chemical and biological weathering, ash emits nutrients. It also has the ability to absorb a large volume of carbon (to take carbon from the atmosphere and put it in the soil).

January 28, 2014 Sinabung exploded pyroclastic flow and mud rain. Ashes covered most of the village of Sigarang-Garang, which lies northeast of the foot of the volcano. The ash contained a high volume of nutrients, namely, calcium, magnesium, potassium and phosphate. It is estimated that the region received 250 million tons of ash, which is equivalent to 10 million tons of fertilizers.