The volcanic eruption in Hawaii 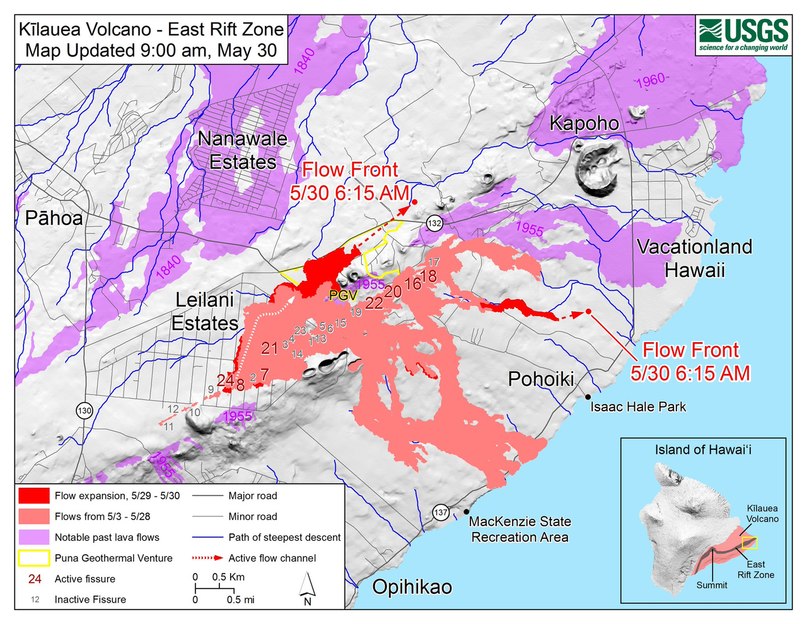 New evacuation in Hawaii and new lava flows of the Kilaue volcano. Local authorities bypass the homes to persuade their inhabitants to move to a safe place.

Streams of hot lava flow from the faults that volcanologists consider to be dozens, and the eruption itself lasts a month.

During this time the lava destroyed more than 100 houses and several highways. The most serious consequences are for the tourism industry, since the flow of vacationers has sharply decreased. 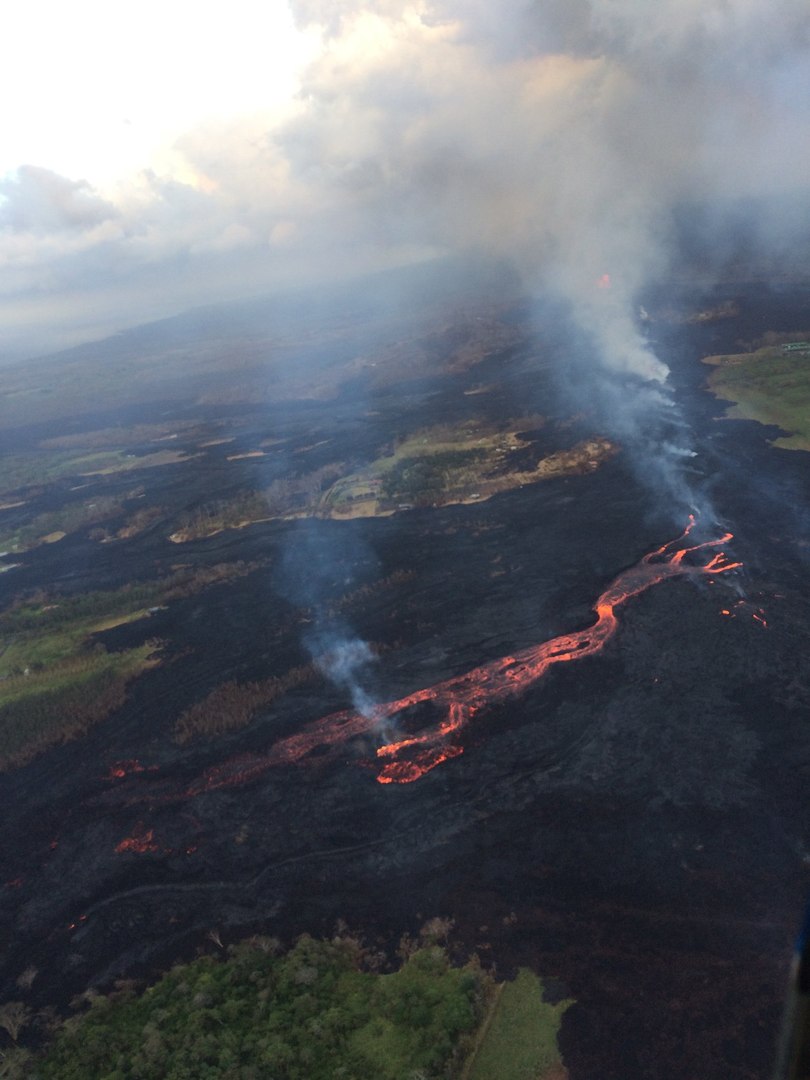 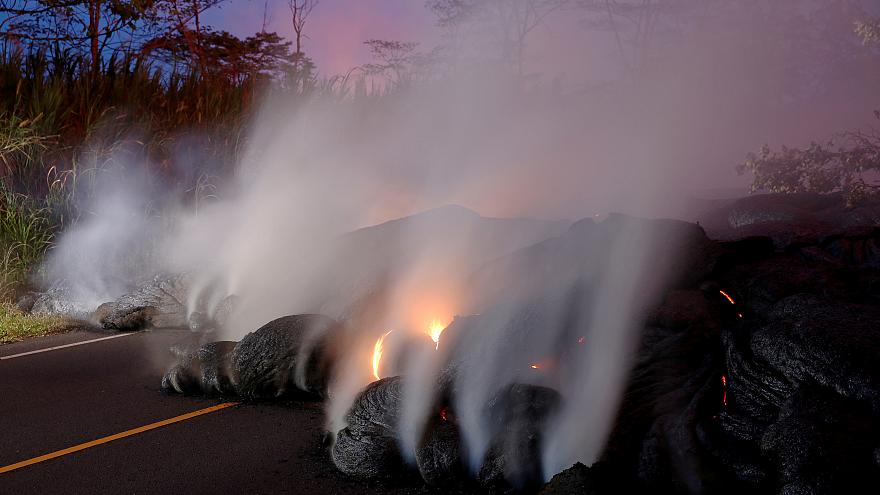 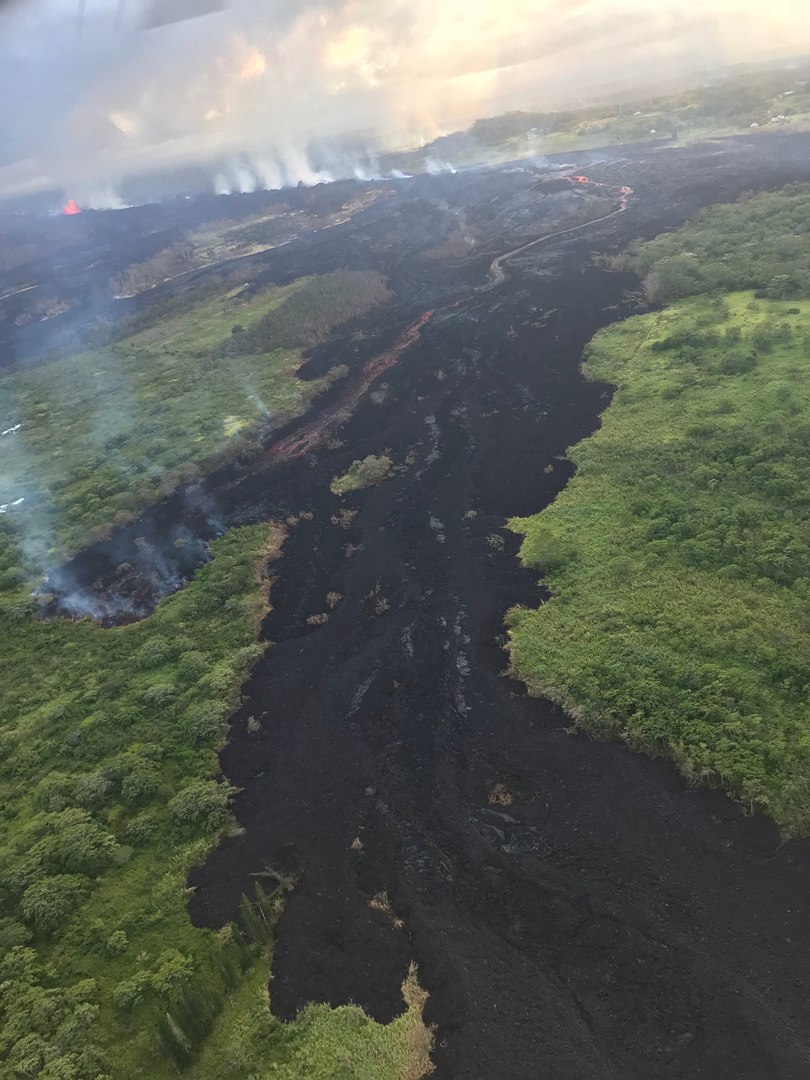 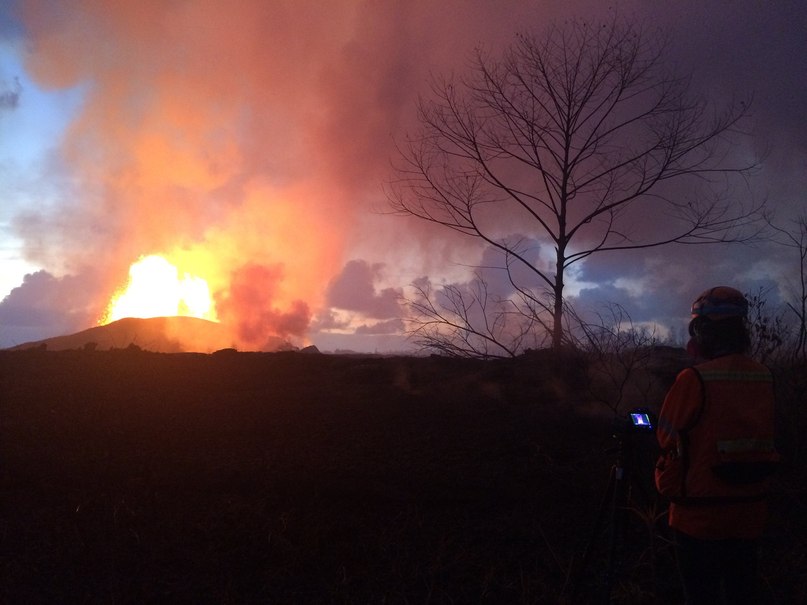 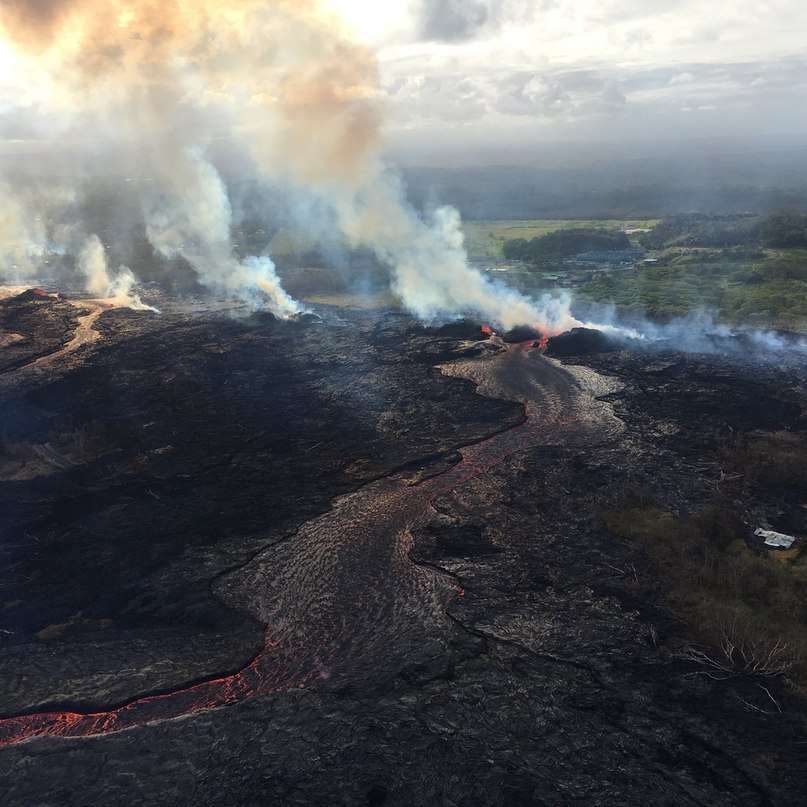 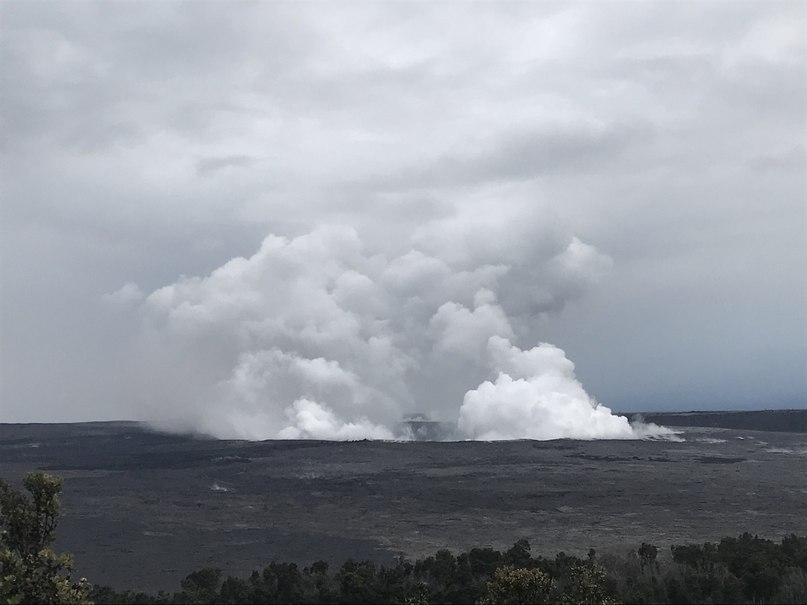 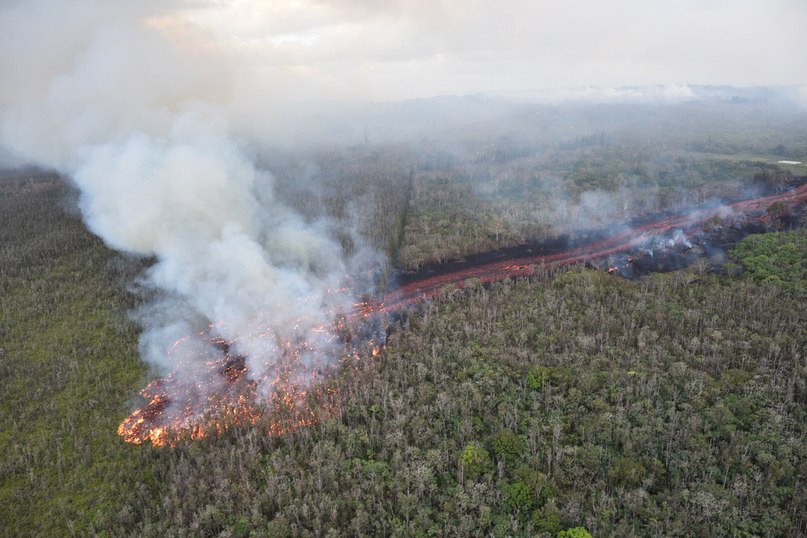 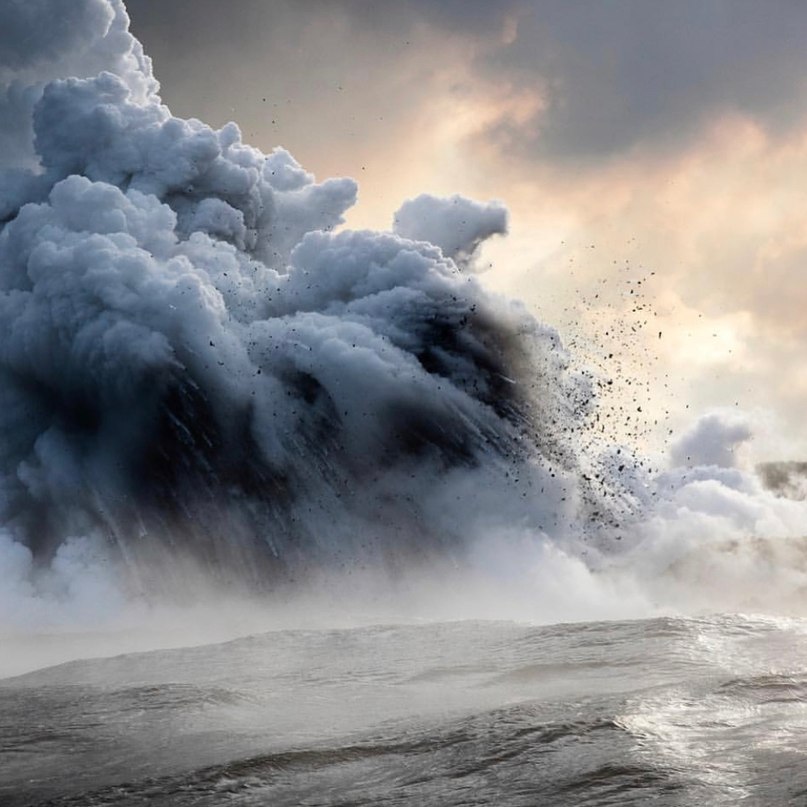 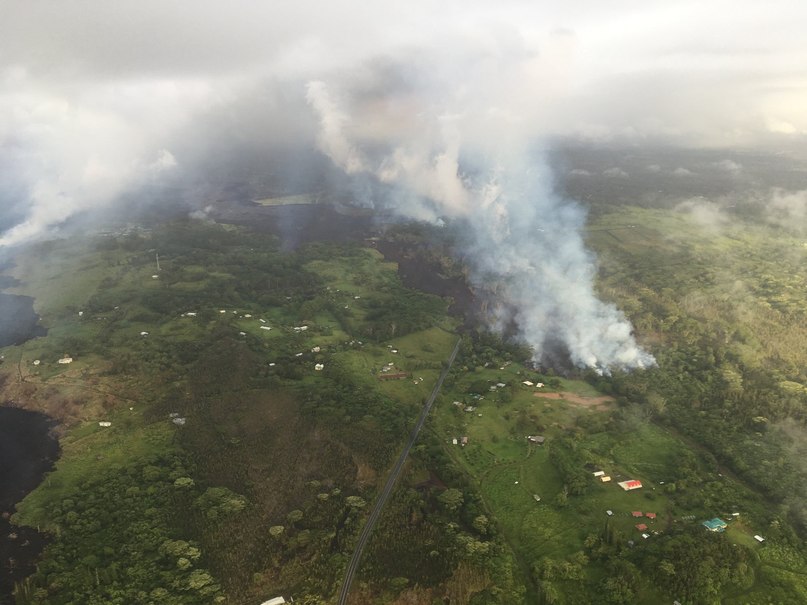 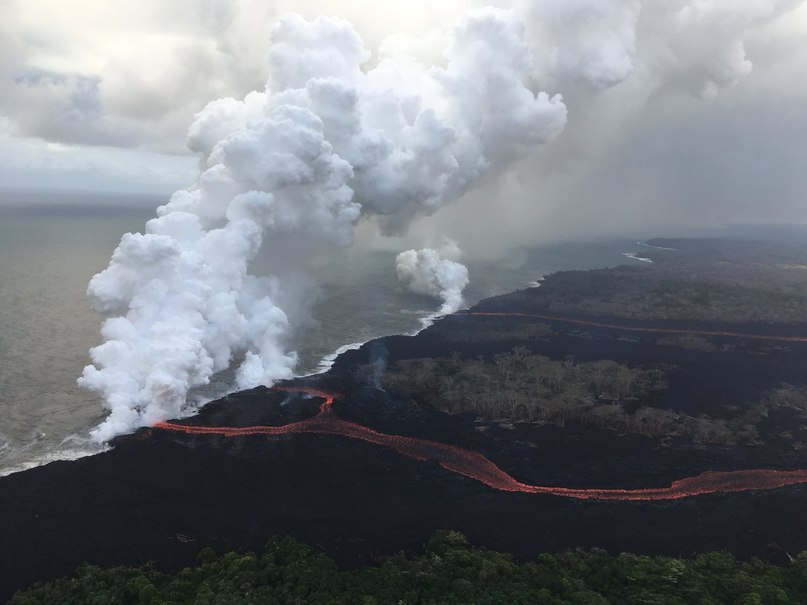 May 31; 00:45 local time – the flow of lava from the crack number 8 moves at a speed of 40-60 yards per hour (more than 10 times decreased the speed from the previous day). Cracked lava activity continues, pouring lava all around.

Helicopter inspection of the area confirmed the data on increased activity of the crack №8. The temperature reaches 1200 degrees Celsius on the cliff, from where lava flows.