The volcano Sinabung in Indonesia burst with a powerful explosion 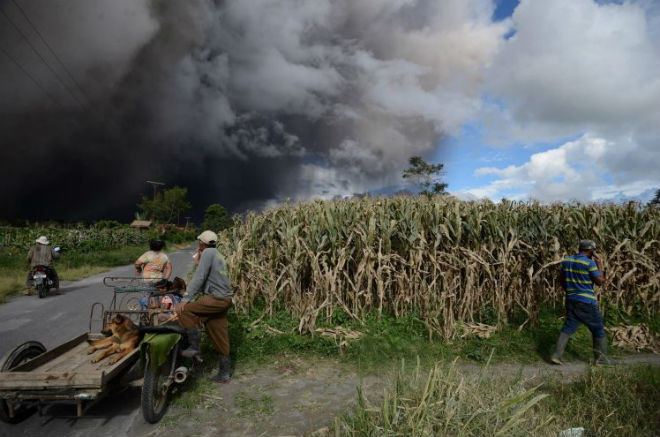 The volcano Sinabung, located on the Indonesian island of Sumatra, erupted today a powerful eruption.

The representative of the Agency for Disaster Management, Sutupo Purvo Nugroho, reported on his Twitter page that the eruption occurred at 13:30 local time. The ash plume spread to the south, east and southeast from the raging mountain. In nearby villages passed ash falls.

Victims of the eruption on Wednesday was not, because those who live in the red zone around the volcano, were evacuated.

“The constant eruption of Mount Sinabung caused an expansion of the exclusion zone,” Sutupo said, adding that more than 3,000 families who live in areas prone to eruptions had to be evacuated. ”

Local residents were warned that the parameters of the volcanic and seismic activity of Mount Sinabung are still high, so likely new eruptions.