The wind is guilty of the growth of ponds 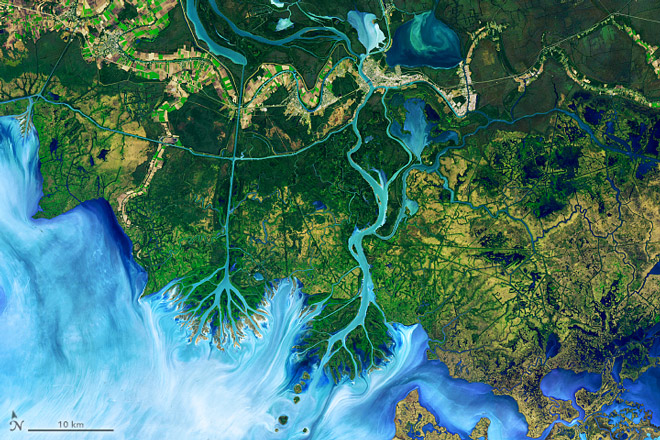 The wind is a force to be reckoned with. He can drive monsoons, carry dust for thousands of kilometers and “cut out” winding arches from the rock. But sometimes the influence of the wind remains unnoticed for years, for example, when it slowly expands the boundaries of the pond.

A new study shows that the winds are responsible for the increased pond growth in the three drainage basins along the Mississippi River. The report, published in April 2017, shows that wind waves can destroy the shores of ponds, leading them to a shift in the direction of air flow.

Researchers have shown that wind-induced erosion, which “bites” the coastline of large bodies of water, occurs not only on the sea coast, but also inside the continent.

Scientists have analyzed about 10,000 satellite images taken from 1982 to 2016 to find changes in the delta of the Mississippi River. “Until now, studies have focused on the loss of the sea coast,” says Alejandra Ortiz, a geologist at Indiana University in Bloomington, USA.

Ortiz and her colleagues focused on the internal destruction of the shores. Scientists have found that the ponds in the delta of the Mississippi are expanding in the south-west direction, which coincides with the direction of the prevailing winds (which blow from the northeast).

Observation was particularly relevant for the basins of the Barbon and Terbon, where 80% of the ponds are expanding. The swimming pool of Achafalaya – Vermillion is stable, because the same number of ponds is shrinking and expanding – 30%.

An image in a false color shows the area of ​​research along the delta of Achafalaya. The picture was taken on December 1, 2016 by the satellite Landsat-8. Colors emphasize the difference between land and water, allowing you to see water sedimentary rocks that are usually absent from the image in a false color.

In the pictures below – ponds that have grown (blue) or decreased (orange). In Hauma in Louisiana, the size of the ponds increased significantly. In the basins of Terbon and Barataria, the density of ponds is very high, and, therefore, there is a high likelihood of their merging. 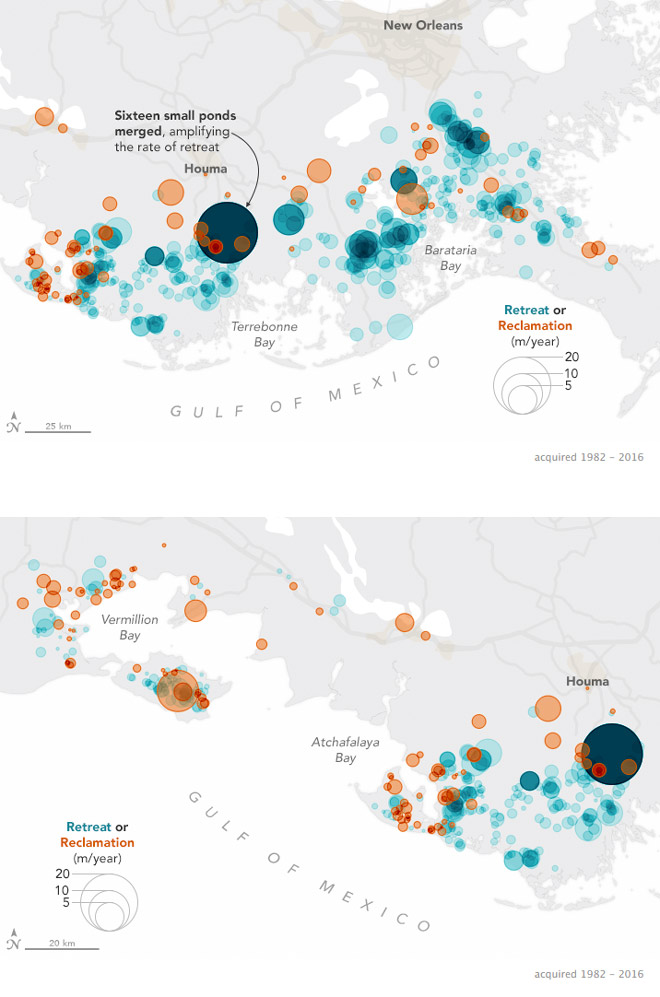