The work of geothermal power plants can lead to earthquakes 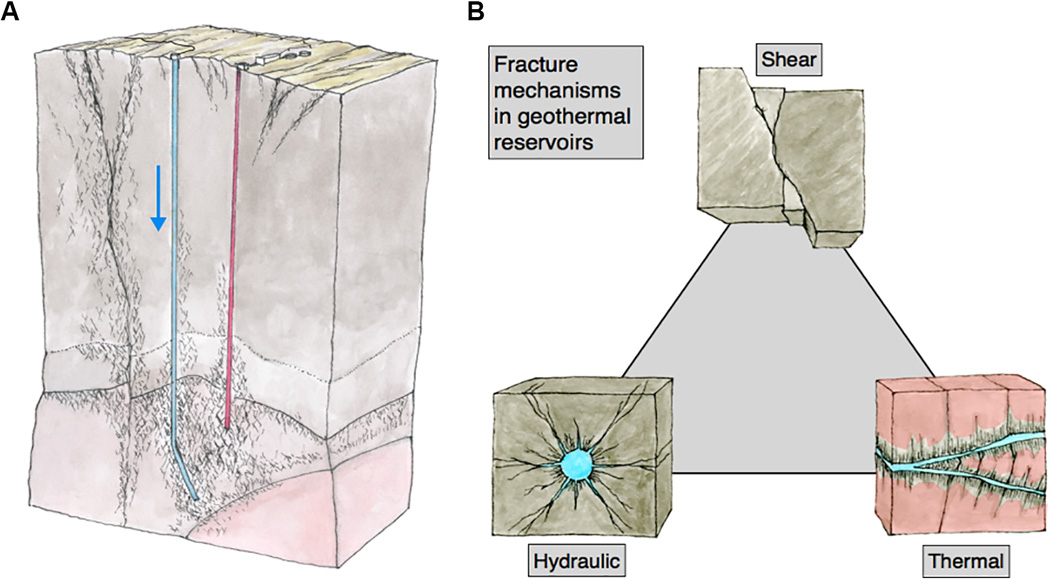 One of the most common technogenic causes of earthquakes is the work of geothermal power plants. Normally their magnitude does not exceed 2 points, but there are exceptions. So, the magnitude of the most powerful earthquake in Europe, due precisely to the work of the station, reached 3.4. And in South Korea in 2017, when the geothermal power plant was launched, it was shaken up to 5.4 at all!

The technology of operation of the stations is built on the use of two wells: one pumped cold water, the other outward from the underground sources, boiling water rises. Sometimes in the process of pumping fluid into the wells in the vicinity there are small earthquakes. Scientists have found out new details and have once again specified the reasons of similar phenomena.

Specialists from Columbia University (New York) proposed to use algorithms of machine learning (one of the methods of artificial intelligence, for which the tools of mathematical statistics, numerical methods, optimization methods, probability theory, techniques for working with data in digital form) are used to study such earthquakes. They analyzed for 3 years (2012-2014) seismic measurements in a geothermal field, which is located near San Francisco. There are 22 stations and more than 350 wells on the field. During this time geophysicists tracked 46,000 weak tremors with magnitude from 0.3 to 1.5, according to Science Advances. The signals were subsequently used for machine learning algorithms.

Having gone through the whole complex process – from processing each seismic signal to drawing up general patterns of occurrence and development of earthquakes, experts eventually identified 4 groups of earthquakes. Two groups were dependent on seasonal changes in the volume of water pumped into the well: the peak of stronger earthquakes occurred in the winter and the maximum volume of water pumped, and vice versa, fewer shocks were recorded during the warm period of the year with a minimum amount of water injection. The third group of earthquakes was noted when the region was experiencing abnormally dry weather. The rocks reacted appreciably to the rate of water injection – this is the reason for the fourth type of earthquake.
The results of the research proved invaluable for correcting the work of geothermal stations. The process of pumping water stations into wells should be clearly regulated. Methods of machine learning scientists suggest to use not only to describe and explain earthquakes, but also to predict them.