The worst scenario of global warming is called the most probable 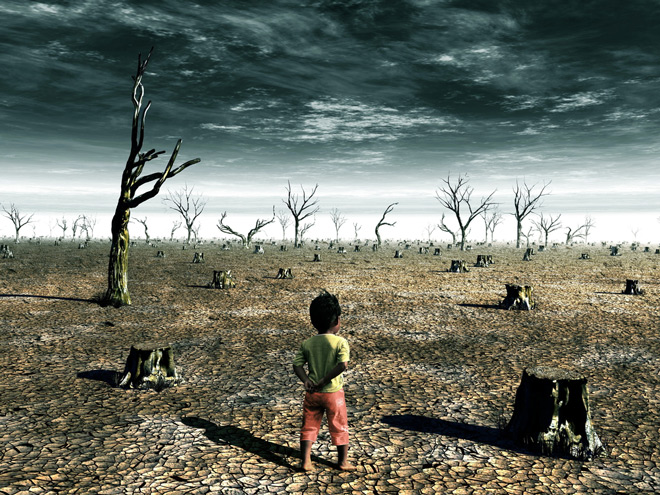 According to the findings of the new study, current projections of climate change can significantly underestimate the speed and severity of global warming. An analysis of models that climatologists use to determine future warming has shown that less optimistic estimates are more realistic.

“There is a 93% chance that global warming will exceed 4 ° C by the end of this century,” said Dr. Ken Caldeira, an atmospheric expert from the Carnegie Institution. The results show that the Paris Climate Agreement, whose goal is to keep the global average temperature below 2 ° C, may be too ambitious.

Climate models are the most important tool for scientists seeking to understand the consequences of greenhouse gas emissions. They are built using fundamental knowledge about physics and the world climate. But the climate system is incredibly complex, resulting in disagreements about the best option for modeling key aspects.

Scientists have created dozens of climate models predicting a number of different effects of global warming caused by greenhouse gas emissions. Based on the “as usual” scenario, in which emissions continue to flow at the same rate, climate model predictions range from a temperature increase of 3.2 ° C to 5.9 ° C.

In the new study, scientists tried to reduce the range of values ​​and determine which estimates are more accurate – high or low.

Dr. Caldeira and his colleague Dr. Patrick Brown suggested that the most accurate models will be those that are best suited for climate modeling in the recent past. Their conclusion was that models with higher estimates are more likely to be more accurate, with the most probable degree of warming at 0.5 ° C exceeding the previous minimum estimates.

Other climate experts responded positively to their findings. “Previously, many studies comparing climate models with measurements of past surface temperature have been carried out. But their conclusions on reducing uncertainty in the range of future temperature forecasts were not very convincing, “said Professor William Collins.

The research of Dr. Brown and Dr. Caldeira focuses specifically on models of the energy flow from Earth to space in accordance with the measurements of the satellites. They assume that the amount of sunlight reflected from the planet by clouds, as global warming will decrease, increasing the scale of climate change.

“Now we are more confident in the future climate, but the bad news is that it will be warmer than we thought,” said Professor Collins.

“To achieve the goals, the climate agreements should ensure that global emission reductions start as planned in 2020 and continue every subsequent year,” Professor Maslin said.

However, experts also warn that it is necessary to be cautious in predicting such complex phenomena as climate change. “This is only one line of evidence. Others, based on historically observed warming, suggest that models with slightly colder forecasts may correspond to reality best. Before going to conclusions, we need to consider all the evidence, “Professor Pierce Forster said.