The year before the super eruption 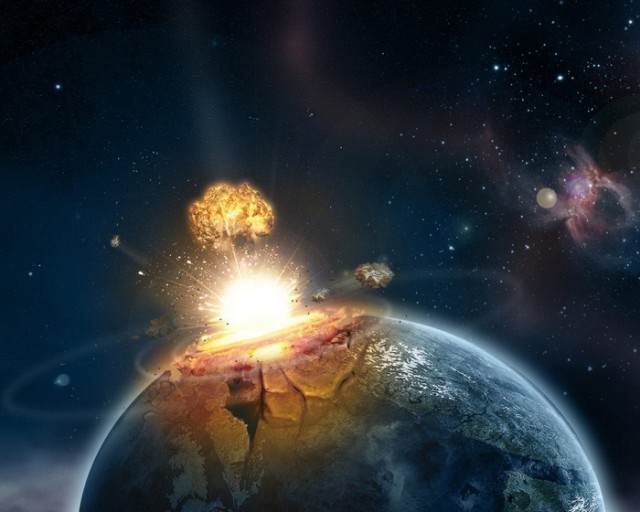 Super eruption of a volcano is a massive catastrophe that can destroy the entire planet. However, the mankind will receive a warning about the impending danger about a year before it started.

This conclusion was made by scientists because of microscopic analysis of quartz crystals in the pumice, taken from the Bishop tuff (Bishop Tuff) in Eastern California. It was there when there was a volcanic eruption that formed the Caldera of long valley 760 thousand years ago.

According to him, once created, these giant magma bodies exist in a rather unstable state for a long time, from centuries to several thousand years.

“Now we have shown that the process of decompression, which are allocated gas bubbles, which give the power of eruption is less than a year before the eruption,” explains Gualda.

He and his colleagues analyzed dozens of small quartz crystals from the Bishop tuff. Previous studies of quartz crystals from multiple locations superiority, including long valley, showed that they have distinctive features — surface region. Scientists then came to the conclusion that such edges of cristalab formed less than a century before the volcanic eruption.

The new study used more accurate method of measuring time, growth edges, based on the measurement of the concentration of titanium in the crystal. Titanium is one of the impurities that are included in the quartz in appreciable amounts, and it diffuses fast enough to allow measuring time scales.

So, the researchers found that the concentration of titanium in the quartz directly correlates with the amount of light received by the material in the “bombing” of electrons. This effect is called cathodoluminescence.

This discovery has allowed scientists to use a cathodoluminescence image for measurement of different concentrations of titanium and, based on this, determine the time of growth the edges of the crystals.

It was found that the growth time of the edges lies in the range from approximately one minute to 35 years. But more than 70 percent of the time the edges of the growth was from “mark” in one year. That is, the quartz region the fastest growing in recent days and months before the eruption.

Growth occurs under conditions of supersaturation (excess concentration of the substance). Accordingly, the rising edge indicates the beginning of a process of decompression and transition of the volcano from preeruptive condition (before the eruption) in a state of eruption.

According to Gualda, the decompression period is likely to be accompanied by extension of the magmatic body, which can be found on the earth’s surface. So, now are actively growing reservoir of magma under Yellowstone.

Scientists believe that further research was needed to understand what “tips” will need to look for on the surface. But this work shows that such signs of the impending eruption will be possible to catch for the year before the eruption, and they will grow closer to him.

Add that to a rather large volcanoes, including the super eruption, occurred in a number of places around the world in the recent geological past. The last major eruption occurred approximately 26,500 years ago in the volcanic area of Taupo in New Zealand. Phlegraean fields is a volcanic area in Italy. There last large eruptions occurred 40 thousand years ago.

In the light of such data it is impossible to say about the impossibility of repetition of such disasters in the future.

“As far as we can tell, none of these places have no giant magma body needed to super eruption. However, they are the places where the eruption occurred and it is likely that this will happen in the future,” concludes Gualda.

The study, entitled “the Year before the super eruption” published in the scientific journal PLOS One.