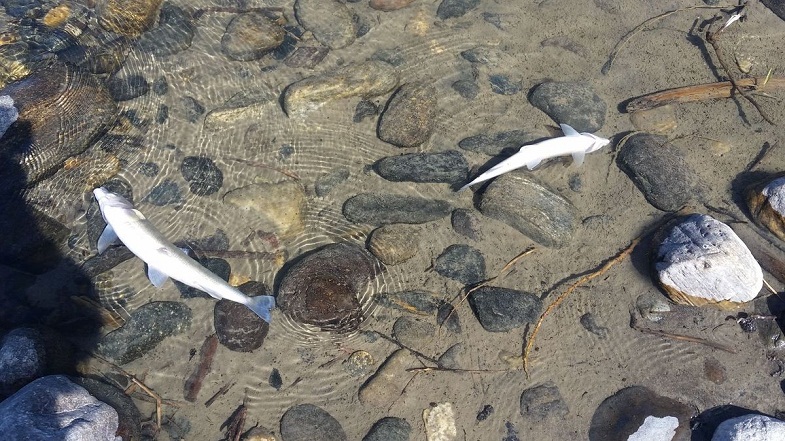 The death of fish in the Yellowstone river, recorded last week representatives of the Department of fish, wildlife and parks of Montana (MFWP), continues apace. As of August 17, in the river was found about 1000 dead whitefish, however, state officials believe that the number of dead specimens can reach 10 000.

According to Andrea Johnson from MFWP, these figures are related to the fact that a large number of fishes sank to the bottom of the river or were eaten by the “scavengers”. According to the ecologist, on the coast you can see only 10% from the real scale of dead fish. The death of whitefish observed almost along the entire length of the Yellowstone river. Dead specimens found as far upstream in the area of Corwin springs, and downstream to Springdale.

In the last days the specialists of the Department have collected samples of dead and live Sigov, and also made the fences the water in the river, to check for metal content, acidity and temperature. The materials were delivered to the laboratory of Helena, administered by MFWP. Presumably, the research results will be announced within 2 or 3 weeks.