The Yellowstone volcano to erupt? 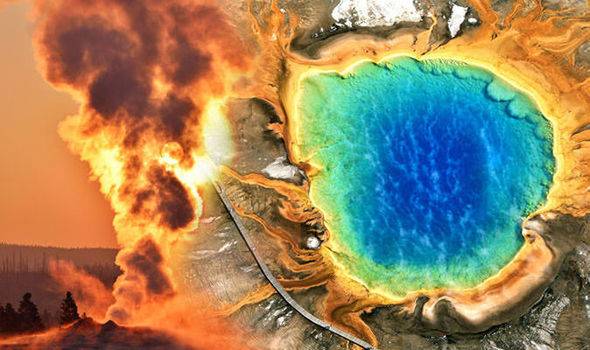 If the volcano were to erupt, it can lead to a global catastrophe, particularly in the US, where two-thirds of the country will become uninhabitable. Clouds of ash would literally cover the Sun, the agricultural industry in the United States will be destroyed, and most of the country will be covered with 10 cm layer of ash, making it impossible to grow grain and other crops.

In addition, thick ash cloud will contribute to rapid climate change and most of the planet will be cooler, due to a lack of sunlight penetrating to the ground through the thick veil of ash clouds.

The CO2 concentration is so high that the gas has penetrated to the surface. In the rivers killing the fish and for example the Yellowstone river was closed for visits in connection with the mass death of fish. Local residents celebrate the changing colors of the water, which was dark green and stinks. In addition in some places are seen rising to the surface of gas bubbles.