This year, Russia is waiting for squalls, hurricanes and hail 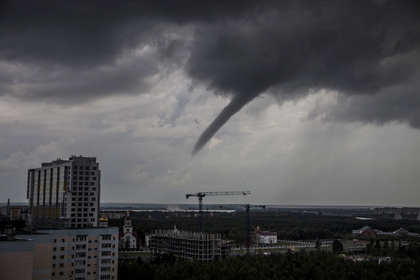 In 2018, on the territory of 30 regions of seven federal districts of the country, including in the metropolitan region and Crimea, dangerous weather events are expected, including squalls, hurricanes and hail. This was told to the agency in the Center “Antistikhia” of the Ministry of Emergency Situations of Russia.

In the areas of probable emergencies, more than 90 million Russians, or 60 percent of the population of the country, live. If the pessimistic forecast comes true, the annual economic damage (direct and indirect) from the ES may reach 1.5-2 percent of GDP, approaching the 900 billion rub mark.
Experts Antisthekhi calculated that over the past 20 years in the world, more than three million people have been the victims of man-made and natural disasters, and over 800 million people have been injured. Such impressive figures are associated with global climate change and economic activity.

On March 7, it was reported that in Russia the annual number of natural disasters could increase. According to pessimistic estimates, in the country on the territory of the country will grow to an average of 16 accidents per year.