Thousands of homes damaged after flooding in southern Mozambique 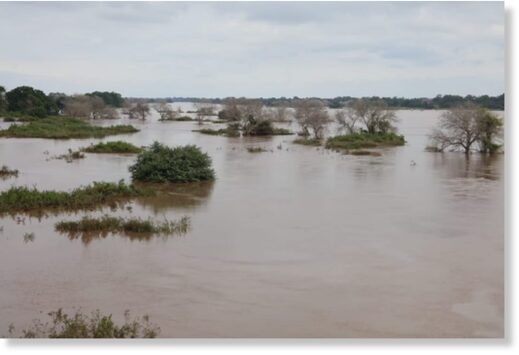 The low pressure system has brought heavy rains to areas of southern Mozambique over the past few days, causing flooding in Maputo and Gaza provinces.

Since then, the southern regions of the country have been hit by heavy rains, which have fallen on land already drenched in rains after the tropical cyclone Eloise in late January.

On February 12, local media reported that the Magude, Moamba and Matutuin districts in Maputo province were isolated following the flooding of the road. Further north, high levels of the Limpopo River have caused flooding in parts of Gaza, damaging homes and crops.

Parts of the neighboring province of Limpopo in South Africa have experienced flooding since late January. As of February 17, 17 people have died and 12 are missing.