Thousands of people affected by flooding in Sumatra, Indonesia 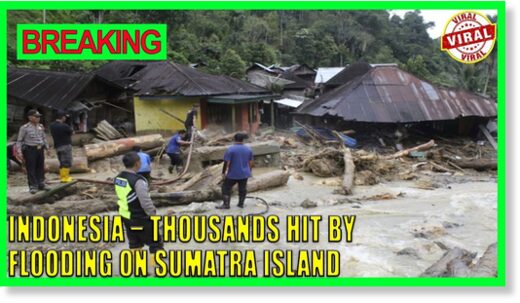 Over the past few days, more than 60,000 people have been affected by floods and landslides on the island of Sumatra, Indonesia, according to authorities.

The ASEAN Coordination Center for Humanitarian Disaster Relief (AHA Center) reports that more than 52,000 people have been affected by floods in northern Medan, the capital of Indonesia’s North Sumatra province.

About 12,335 houses were flooded. Flash floods and landslides have been reported in other parts of the island over the past week.