Thousands of people displaced by floods in Somalia 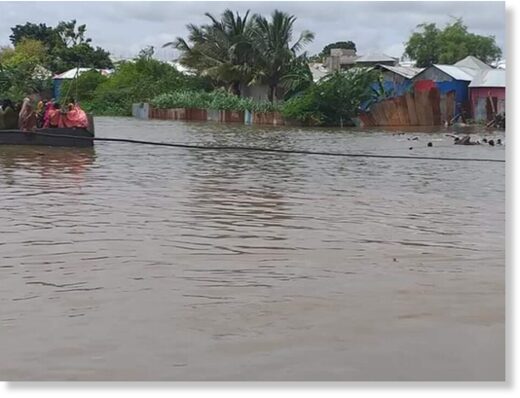 Flooding continues in Somalia, affecting more than 10,000 people in the Southwest State over the past few days.

Large parts of the country have experienced unusually heavy “Hagaa” rains, which have caused flash floods since mid-July. Since then, 6 deaths and at least 120,000 displaced persons and 191,000 injured have been reported in Hirshabella, Southwest, Jubaland states and Banadir region.

The flooding occurred after rivers overflowed their banks in the Mark area, Southwestern State on August 1, 2020. According to the UN Office for the Coordination of Humanitarian Affairs (UN OCHA), the flooding damaged homes and crops. About 6,000 people have been displaced and relocated to nearby internally displaced persons (IDPs).

UN OCHA added that 27,000 IDP families in eight settlements are at risk of flooding as their homes are located in lowlands.