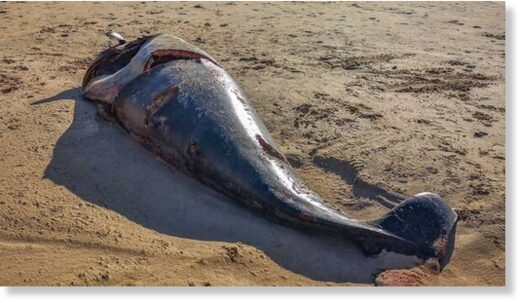 Locals were shocked after three whales were thrown onto one of the country’s most picturesque beaches.

One woman walking along the beach said, “It was such a sad sight. We will probably never know how they died.

“It’s a beautiful, peaceful beach and you just don’t expect to see such a terrible scene on it.”

The beach can only be reached on foot over the sand dunes and stretches for about three kilometers.