Three million Japanese are ordered to be evacuated because of downpours 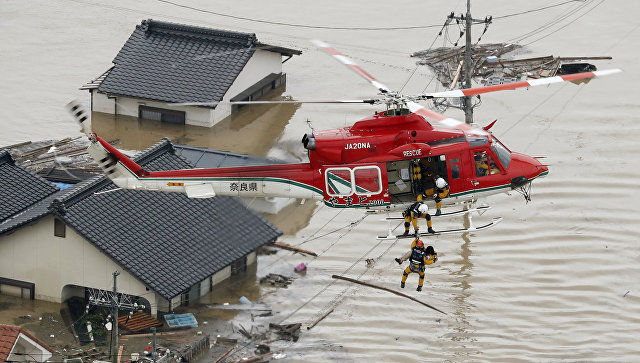 The authorities of Japan because of heavy rains have instructed the evacuation of 3 million people in 19 of the 47 prefectures in Japan.

On Friday, heavy rains hit the central and south-western parts of Japan. The Office of the Meteorological Service was forced to introduce for seven prefectures a level of extreme anxiety – in fact, to declare these prefectures in the disaster zone, which happens every few decades.

From different areas reported on the destruction. In the prefecture of Hiroshima, the flow of the flooded river was swept away by a railway bridge. In Okayama prefecture, where the water level rose to the second floor and higher, people on the roofs ask for help.

Reports of destruction and flooding continue to flow. The exact and full picture of everything that happened during these days, yet. By this hour, 46 people were killed, 5 are unconscious, 48 ​​are missing.