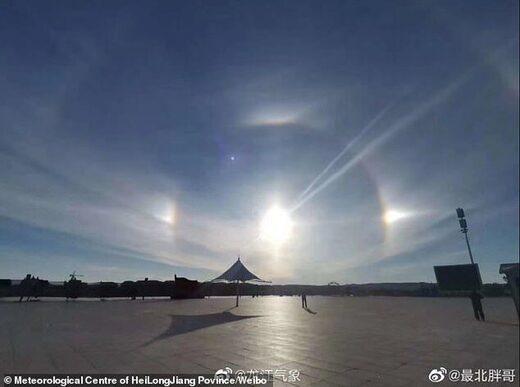 The residents of the Chinese city were amazed to see three suns shine in the sky at the same time.

The optical illusion lasted for three hours this morning in Mohe, the country’s northernmost city near the border with Russia.

The spectacle is caused by a natural phenomenon known as “sun dogs” and, according to experts, it rarely happens in China.

The stunning scene took place from 6:30 am to 9:30 am in Mohe Tuqiang City. Mohe is part of the Daxing’anling region in the northeast of Heilongjiang Province.