Thunderstorms can be called the accumulated trees water 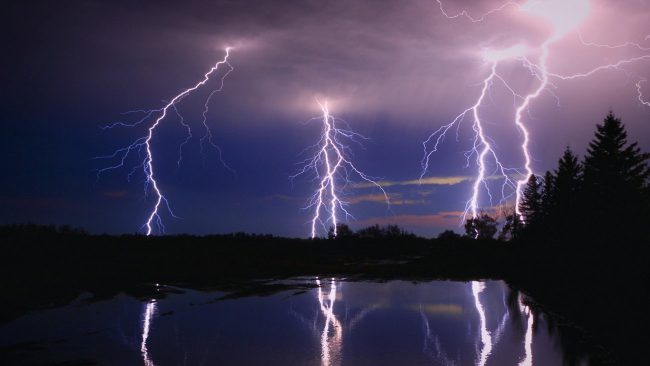 Living tree, depending on species and time of year, 25-50% of the water. Gathered in the trees, water has not previously been considered as a significant component of the water cycle, but scientists from the University of Alaska Fairbanks University of Alaska Fairbanks) have shown that the reality differs significantly from these views. Trees absorbed water is probably one of the reasons spring thunderstorms. Scientific progress brings not only new smartphones and buses without drivers, but also thoughts about how to take care of nature, which is the habitat of mankind. 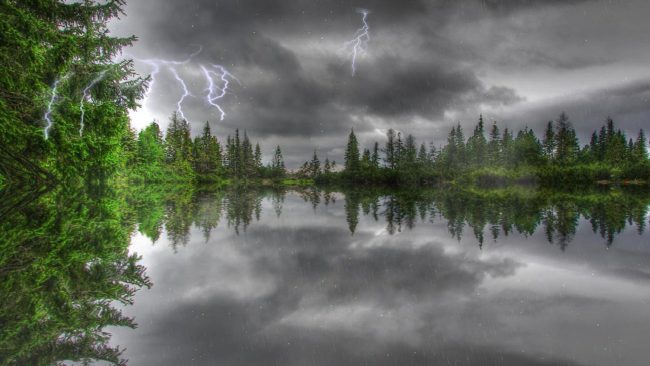 Learn more about the role of trees in the Northern forests in the water cycle was described in a published resource sciencedaily.com the article “Trees’ surprising role in the boreal water cycle quantified”. It should be remembered that this study is a first in this direction and it provides no clear answers to all the questions about the role of accumulated trees in the water. To full confidence in the fact that natural processes are still far.

The results of the study were published in the journal Nature Scientific Reports. They first showed that the absorption of the deciduous trees formed when snow melts water is significant before underrated aspect of the water balance in the North woods.

The results of the study are very important for understanding the ecology and hydrology of Northern forests, the factors affecting soil moisture, availability of fresh water, the health of trees and the impact trees have on the local weather in terms of the frequency of thunderstorms.

Trees, like straw, absorb water from the soil and eventually release it into the atmosphere through their leaves and needles. Scientists in different seasons measured the water content in deciduous and evergreen trees of the Northern areas.

They discovered that the trees between the snow and the time when they will be covered with leaves, absorb a considerable amount of water. They absorb from 21% to 25% of all available after the melting of snow water. In the Northern forests of Alaska and Western Canada it is about 17 to 20 billion cubic meters per year, which corresponds to 8-10% of the annual water flow of the Yukon river.

An important observation of researchers was that the water from the trees evaporates into the atmosphere. The researchers found that 2-12% of the absorbed water trees formed during the melting of snow will evaporate into the atmosphere immediately after the trees are covered with foliage. This period during which occurs the concentrated water evaporation could potentially be considered as factors conducive to atmospheric convection and thunderstorms that are the cause of many forest fires in sparsely populated areas, where the forests are Northern forests.

The calculation of the volume contained in the deciduous trees of water is an important task. Because the area occupied by deciduous trees in the Northern forests will increase by the end of the 21st century is 1-15%. Thus, the absorption resulting from melting snow water will increase.

Research by scientists taking place in the nature of the processes may allow them to form more favourable to mankind climatic conditions. For example, to prevent warming by the stone of carbon dioxide. It turns out there are bacteria, presumably able to “call” the snow and rain. Previously, researchers have noted changes in the appearance of the Northern forests under the influence of warming.

Did you previously accumulated trees, water can exert such a significant influence on the weather?