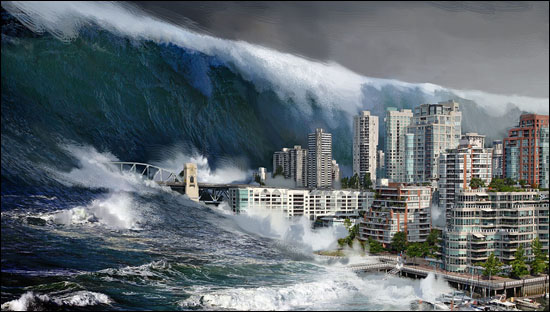 In the natural troubles of the last days are guilty of unprecedented El niño and the associated decrease in solar activity. In this regard, the prognosis is not good. Floods, droughts, fires, epidemics and destruction of crops await us this year in abundance.

In the center of the “Antistikhia” Ministry of emergency situations of Russia predict the positive dynamics of reducing the number of natural disaster relative to mean multiyear values. As the Deputy Director of the Center Anatoly Danilov, the projected number of emergency situations shall not exceed the average level of the past three years, that is, their will be no more than 119 CHS.

However, scientists emphasize that you should not relax. The number of disasters may be reduced, but the scale may increase. And the cause is a natural phenomenon, like a warm Equatorial current El niño. It happens every few years and brings with it increases in water temperature by approximately 2 degrees. According to scientists the course is due to the uneven fluctuations of the earth’s axis.

That is, severe flooding in Krasnodar, hail and rains in the North Caucasus, the snowfall of the 1st of June in Surgut, and Novy Urengoy, fires in the Transbaikal and Buryatia, and a storm warning in the Crimea — it was the influence of El niño-2016.

Moreover, this year even in this anomalous course has its own anomaly. El niño 2016 stronger than the El niño of 1998, which in turn was also stronger than all the previous half a century. And he and very long lasting. By and large this is a continuation of El niño-2015. Scientists believe that because of the passage leaves a mark as the Sun and human activity.

— In 2016 will continue the gradual decline of solar activity, — said Anatoly Danilov. — Against this background, probably a few periods of high activity and powerful solar flares. Projected 25-40 geomagnetic storms, among which 3-7 large and extra large.

According to the Deputy Director of the Center Antistikhia”, not a small impact and emissions from industrial deyatelnosti person. By the way, about this recently in his report and said the head of Hydromet Alexander Frolov. If previously, it was believed that temperature changes are cyclical in nature, now there is an understanding that this is not cyclical fluctuations and the trend of continuous warming.

Fortunately, forecasters do not only us, but also, say, in Australia, awaiting a reduction in the activity of the flow in the second half of this year. However, it will take El Nino or not, will still remain negative predictions, say, for the diseases rabies and anthrax. Center “Antistikhia” and warns of outbreaks of African swine fever.