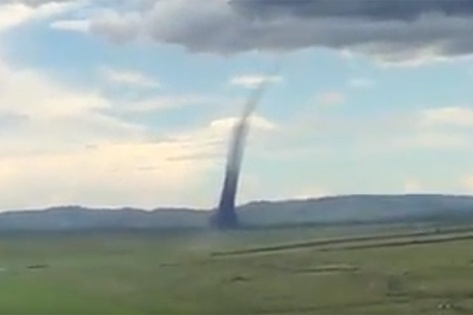 In the Internet appeared the video, which captures a powerful tornado in the center of one of the bays of the Krasnoyarsk sea.

The footage shows how a funnel with a height of several tens meters is raging in the desert – 5 km from the village of Pervomayskoe bogradsky district of Hakusai. The pond in the video is one of the bays of the Krasnoyarsk sea.

“That’s Khakassia. First time I see such. Inversion events! He’s heading for us, I don’t know where to go!”, says the author of the video behind the scenes.

The video also heard a female and children’s voices asking the man to drive faster”.