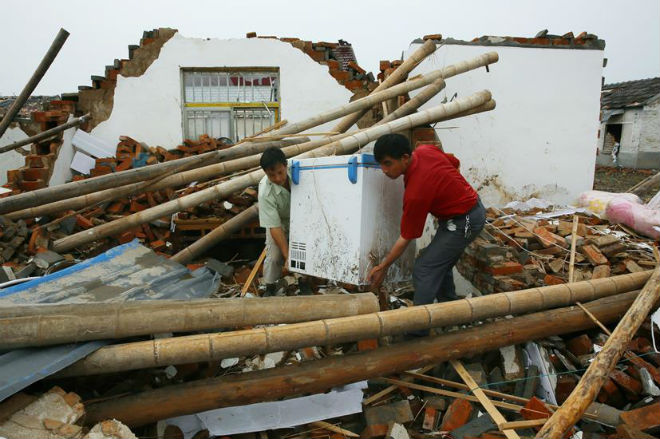 The result of stormy weather, accompanied by thunderstorms, hail and tornadoes in the counties of Funen and Sean city district Yancheng China’s Jiangsu province, according to local authorities, was damaged more than 9 thousand houses, 8 factory buildings and two elementary schools.

Victims of natural disasters that struck the East coast of China on 23 June were 98 people, injured 846 inhabitants, 200 of them are still in critical condition. Sudden tornado caught people by surprise, causing many deaths. Destroyed many low-rise houses, fallen power lines.

In the rescue operation and providing aid to the victims involved more than 1,3 thousand and 1.2 thousand firefighters. From under blockages were retrieved at least 100 people.