Tornado in the pool surprised the guests of the resort hotel 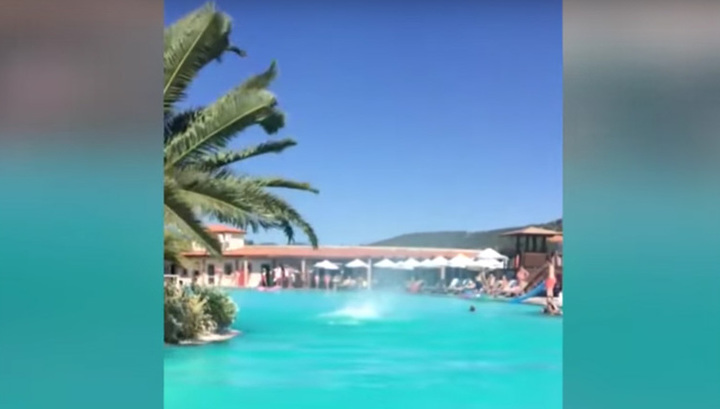 Tourists, vacationing in one of the Greek hotels, filmed a mini-tornado video, formed right in the hotel pool. The element lifted several umbrellas from the sun, but did not bring harm to any of the guests.

The entry was made at the Lindos Imperial Hotel in Lindos, Rhodes, according to the Daily Mail. The frames show how a small vortex is formed directly on the surface of the water in the basin. After that, two umbrellas installed at the edge of the tank take off in the air for several meters from the sun.

“I was sitting by the pool in the sun when I noticed something in the pool, at first it seemed to me that the animators started to suck in the air, then the wind rose in the pool and the big umbrella went up,” said the British tourist Ian Henderson . “We were amazed.” All stood up and began to watch where the children were. “Then another two umbrellas flew into the air and all ran into the shelter.” After a few seconds everything stopped. ”

According to the tourist, a few minutes later the hotel staff checked all the umbrellas and made sure that they were firmly attached to the surface.