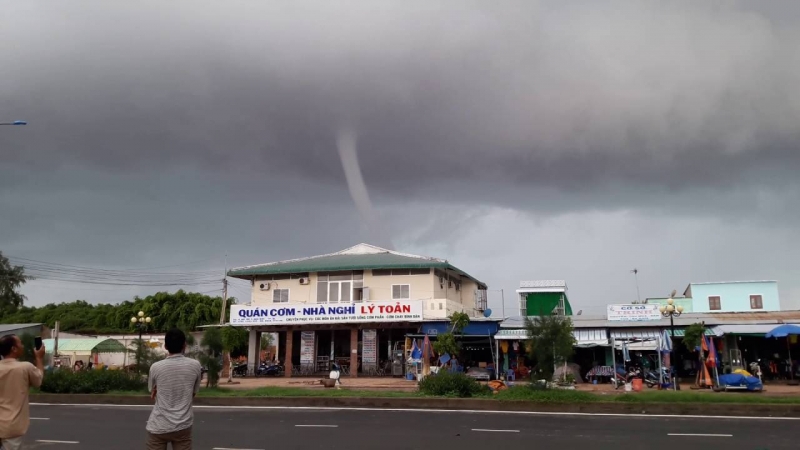 As a result of rampant disaster destroyed homes and commercial premises. The driver of the car and his companion was at the center of a tornado, swept through the streets of a small Vietnamese village in the province Bakning North-East from Hanoi.

The people who were on the road and sidewalks, discovered the danger.

After that, they tried to hide from the rapidly approaching tornado.

Few tens of seconds, the tornado reached the place where the car from which the shooting was carried out.

The footage shows how the raging element carries buildings caught in its way, and levitate various objects.

According to local media, the storm no one was hurt, however, destroyed homes and commercial premises, damaged power lines and other infrastructure.