Tornadoes in Texas took a bath to an elderly woman 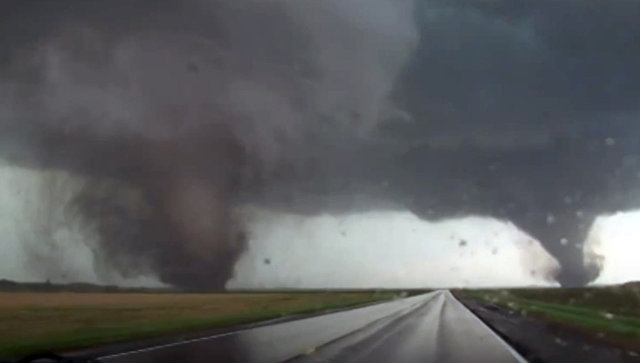 An elderly woman from Texas survived after a tornado destroyed her house and took a bath in which she tried to hide from the elements, the forest, the Washington Post reported, citing a report from the National weather service of the United States.

In a report published by the office of the National weather service in Shreveport, Louisiana, says that a tornado whose width has reached 730 meters, and the wind speed exceeded 210 km/h, snatched from the bath at home hiding in her old woman and threw it in the woods near her home.

The story of one of the authors of the report, meteorologist James Hansford was told on the phone by the victim. According to her, upon hearing a tornado warning, the woman hid in the bathtub, because I knew that this is the safe shelter in such situations. However, the storm not only destroyed her home but also managed to tear the tub and carry it through the air to the forest.

Despite the emotional upheaval, physically, the woman, fortunately, was not injured, escaped with only small scratches and injuries, said Hansford. “This is one of the most amazing stories of human survival in a tornado”, — said the journalist of the Washington Post.