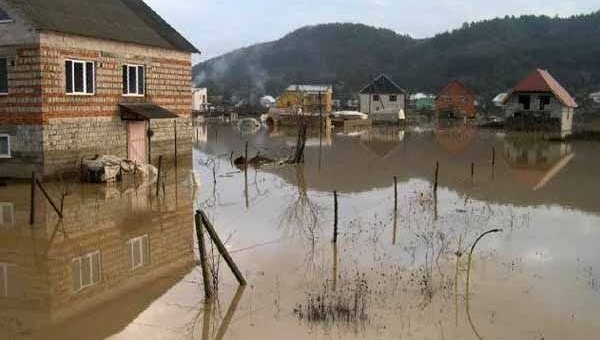 The government of Moldova operates in the emergency mode due to the past Tuesday night’s torrential rains that caused flooding. As told in the Cabinet of Ministers, the Prime Minister Pavel Filip gathered last night a meeting of the Center for rapid response during emergencies, which was attended by the heads of rescue services, law enforcement agencies and other responsible authorities.

The Prime Minister asked to intervene and to protect people and their property. “The problem was that it all happened in a short period of time. In just two hours and a half in Chisinau and the Central districts of precipitation: 64,4 liters per square meter”, – said the head of the state hydrometeorological Mihai Roibu. According to him, in other parts of the showers were not so strong.

As Roibu said, “on the Dniester flood risk no: in the Carpathians has not been such heavy rains that the water level in the river has changed dramatically”. He said that the weather forecasts are disappointing: the rains in Moldova will continue until the end of the week. On Tuesday in the Republic began to operate yellow code mediaopened.

“Affected by the disaster in areas already working employees of service of civil protection and emergencies of the). On elimination of consequences of elements mobilized 400 rescuers and 68 units of special equipment. They eliminate the consequences of heavy rains and monitor the situation in the areas, reports of damage,” – said the press Secretary of the service Liliana Puskas. According to her, messages on victims did not arrive.

According to preliminary data, received in the morning, especially suffered from the rain Leova and hînceşti districts, where in dozens of settlements streams of water destroyed the crops, we flooded homes, swept away roads, dikes ponds, and other structures. In some areas the hail was. Water also flooded dozens of streets located in low-lying parts of Chisinau: they were blocked by hundreds of cars, some completely flooded. Squally winds knocked down several trees.

The disaster has made adjustments to the international airport of Chisinau, where a shower has been detained several flights, flooded the Parking lot. The Puskas said that in the morning it was restored movement for all Moldovan roads, in the normal mode and operate border crossing points.