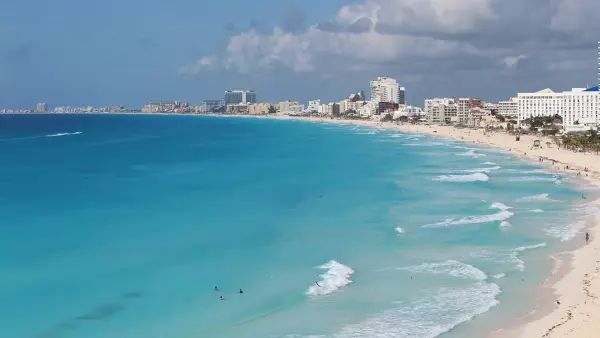 Tourists from hotels in the Mexican resort city of Cancun are being evacuated to the mainland, hotel workers are advised to take shelter if possible for 14 hours before Hurricane Delta approaches, Roberto Cintron, president of the Cancun and Puerto Morelos Hotels Association, told local media.

“The evacuation from the hotel area is underway, staff are advised to go to the shelters early in the morning, if possible, and prepare them to receive people,” he said in an interview with Sipse.

According to the hotelier, the authorities have already ordered the eviction of travelers, the relevant procedures are in place – by Tuesday evening the wind will be stormy.

According to Mexico’s National Water Commission, Hurricane Delta, which is moving along Jamaica, is still in the first category, with wind speeds of up to 155 kilometers per hour, and is gaining strength.

It is expected to approach the coast of the states of Quintana Roo and Yucatan on Wednesday. At the moment, more than 41 thousand tourists are in Quintana Roo, of which 32 thousand are in Cancun, local media calculated.

Southern Mexico continues to feel the massive impact of Gamma, which has become a tropical depression and continues to generate heavy rainfall in the already flooded states of the Yucatan Peninsula, where thousands of people have been evacuated.