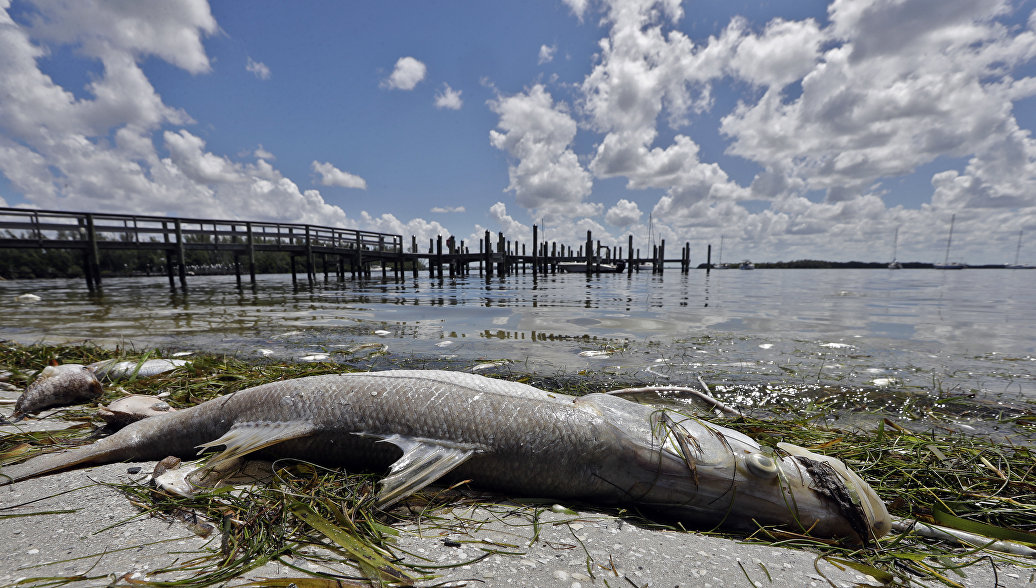 In the Bay of Tampa on the west coast of Florida (USA) on the shore, it throws fish and sea animals killed due to the flowering of toxic algae.

On the stretch of coast from Clearwater to St. Petersburg, the special services employees take away the fish, which, decomposing, spreads a terrible smell and discourages tourists.

Toxic algae also caused the death of hundreds of sea turtles, a dozen bottlenose dolphins and even an eight-meter whale shark.

According to the Commission for Conservation of Wildlife, dangerous algae are located about 190 kilometers from the coastline. The toxins released by plants can spread not only in water, but also in the air and cause breathing problems in humans. They can cause asthma exacerbation.