Traces of mass melting of glaciers on the surface of Antarctica 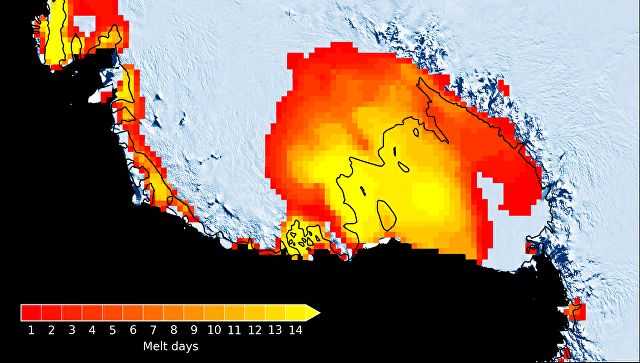 Huge areas of glaciers in the Antarctic, comparable in area to France, melt not only “from below”, but also on the surface at the height of last summer, scientists discovered that published an article in the journal Nature Communications.

“The traces of this melting remain invisible to satellites, since snow on the surface of ice absorbs this water and plays the role of a buffer that prevents the formation of thawed lakes and streams of water that can occur on some Antarctic glaciers.On the other hand, we can not yet exclude The fact that “open” water can still appear somewhere, “- says Julien Nicolas (Julien Nicolas) from the University of Ohio (USA).

Each year the ice shield of Antarctica loses up to 2.8 thousand cubic kilometers of ice, and in the last decade the ice cover is shrinking faster and faster. For a long time it was thought that this was due to the accelerated formation of icebergs, but American climatologists in June 2013 found that slightly more than half of the volume of “disappeared” ice was melted by warm currents that washed the underwater part of the Antarctic ice sheet through unique channels- “rivers “, At the foot of the glaciers.

Nicholas and his colleagues found that the melting of the Antarctic ice is no less rapid and on their surface, observing the state of the glaciers in the west of Antarctica, the most vulnerable part of its ice cover, in December 2015 – January 2016, at the height of the years in the southern hemisphere of the Earth.

These observations, as the scientists say, they did not with the help of satellites, but special mobile weather stations installed throughout the area of ​​the Ross glacier. Initially, according to Nicholas, his team studied not how glaciers melt, but watched how clouds affect the amount of solar heat reaching the surface of Antarctica. 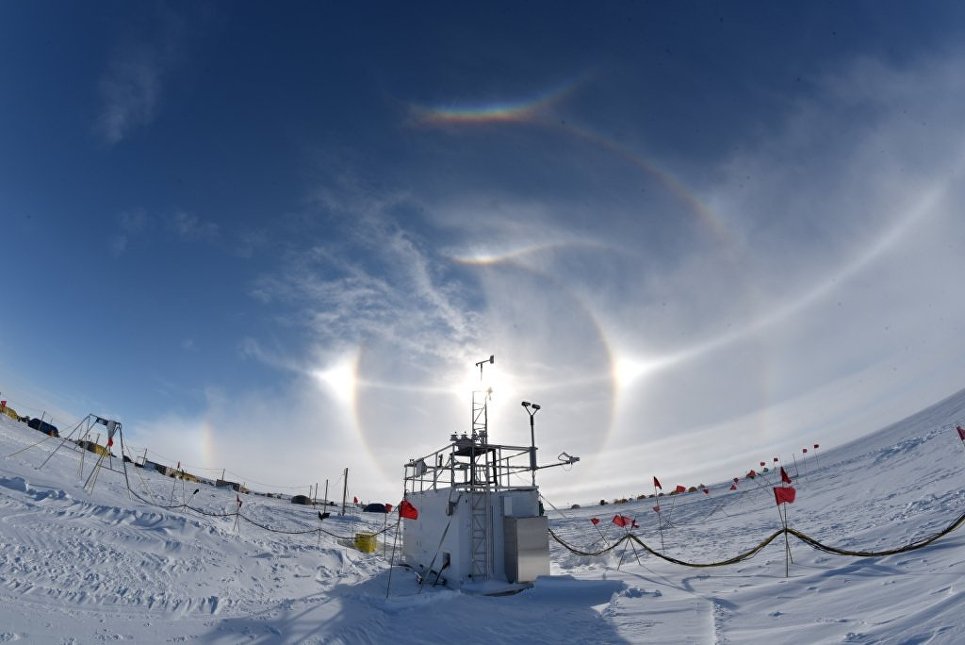 They managed to open a more interesting and alarming trend – it turned out that glaciers with an area of ​​about 770 thousand square kilometers began to melt not only from below, at the base of the ice cover, but also from above, at the boundary between air and ice.

The reason for this mass melting of glaciers, as scientists suppose, was the strengthening of El Niño, a climatic phenomenon in the tropical part of the Pacific Ocean, associated with the nature of the flow of currents. The intensification of El Niño leads to an increase in temperatures in the temperate and circumpolar latitudes due to the activation of warm air transport from the equatorial regions of the planet to the circumpolar regions, and its unusually bright character in 2015 and 2016 is today considered one of the main causes of anomalous heat in Russia and other countries .

As Nicholas notes, the extent of the melting associated with El Niño was in fact quite modest – its action was hampered by unusually strong western winds that cooled the Ross glacier and other regions of western Antarctica. In the future, the “strong” El Niño will appear more and more often, and most of these episodes will not coincide with the intensification of the western winds, which will further accelerate the melting of glaciers on the surface.

If these glaciers are completely destroyed in the near future, the sea level, scientists believe, can grow by about three meters and reach the values ​​typical for the last interglacial period, which ended 125 thousand years ago.