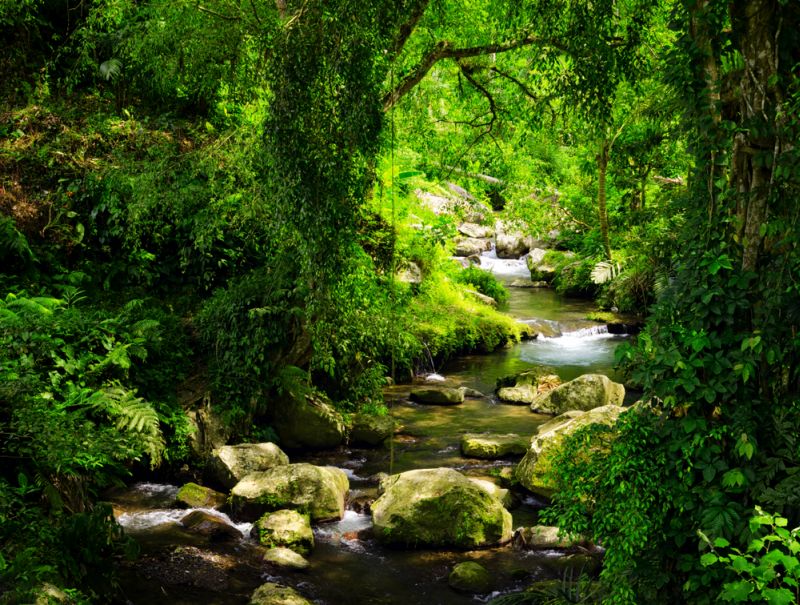 This conclusion was made by ecologists from the University of Boston (USA), who estimated the density of the forest from satellite photographs, comparing photos of the same forest areas made in different years, and on this basis calculated the mass of carbon-containing matter. The conclusion they made made a sensation: the humid tropics emit more carbon dioxide than they absorb.

It is believed that tropical rainforests save the planet from the formation of greenhouse gases. But a study by American ecologists puts this data in doubt: perhaps the tropics “exhale” almost twice as much carbon dioxide as they do.

According to the researchers, tropical forests emit 862 million tons of carbon dioxide per year: this is more than the emission of all cars in the US over the same period. At the same time only 436 million tons are absorbed. On 70% in this imbalance the deterioration of the quality of the forest is to blame, on 30 – the industrial cutting down of trees. More than half of all carbon that enters the atmosphere is given by the forests of South America, including the Amazon jungle. Another quarter yield forests of tropical Africa, Asian – about 16%.

However, the results of the study have already been sharply criticized. The reviewers note that the findings of the study do not correspond to data from other atmospheric studies that converge in the fact that tropical forests still consume more carbon dioxide than they release. They point to the error – the research takes into account only terrestrial biomass, and carbon dioxide goes to root growth. But even if the calculations are not correct, the study is valuable in that it draws attention to the deterioration of the quality of tropical forests – a problem no less serious than their cutting down.