Tropical “Hermine” is coming to Florida 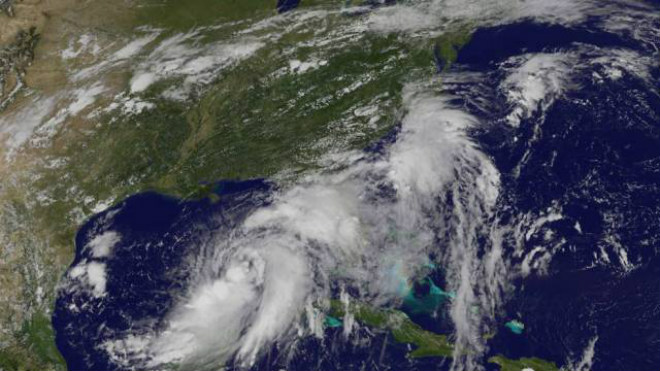 The national hurricane center of the USA issued a storm warning for the northwestern part of Florida, as tropical storm Hermine continues to strengthen over the Eastern part of the Gulf of Mexico.

The system was located 510 km West-southwest of Tampa with maximum sustained winds of 95 km/h in the late evening Wednesday local time.

Additional strengthening of the storm is projected over the next 24-36 hours. “Hermine” is expected to become a hurricane when it reaches the Northern Gulf coast in Florida on Thursday afternoon, and then arrange the rampage in the Northern part of the state with heavy rain, and then moved northeast along the Atlantic coast. 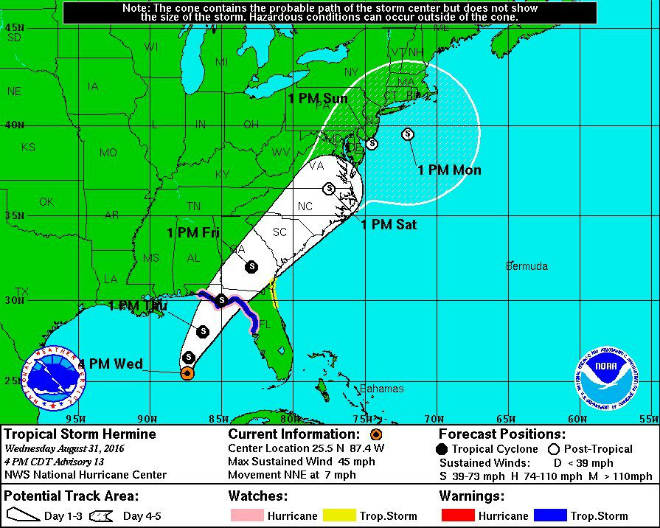 The Governor of Florida declared a state of emergency on Wednesday before the storm hit, many schools along the coast of the Gulf of Mexico cancelled the event, students are recommended to stay home on Thursday.