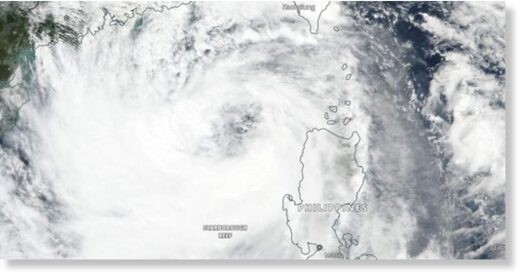 At least 20 people were killed and 19 are missing after storm Compassu passed over the northern Philippines, bringing heavy rains and high winds.

Typhoon Kompasu (known as Maring in the Philippines) is currently moving over the South China Sea toward the Chinese island of Hainan and Vietnam.