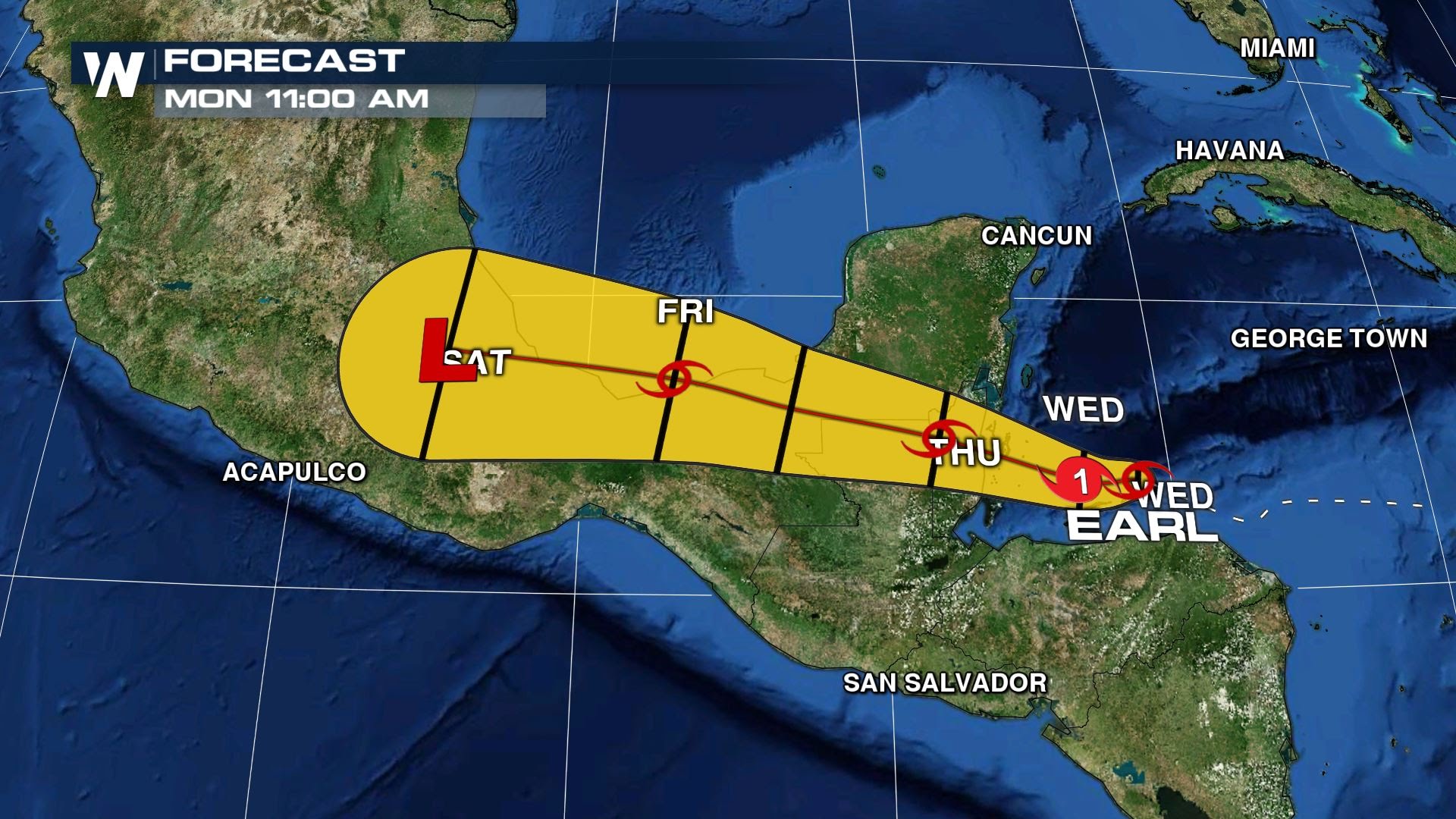 Formed in the Caribbean sea off the coast of Belize a tropical storm “Earl” has reached hurricane strength the first category.

The hurricane is moving West towards Belize at a speed of 22 kilometers per hour, according to the national center for the prevention of hurricanes USA (NHC). The evening of 3 August the maximum wind speed reached 120 kilometers per hour, which allowed to consider it a category 1 hurricane. It is expected that the “Earl”, formed a few days ago, about 860 kilometers East from the capital of Belize is Belmopan, headed toward the Yucatan Peninsula and will bring showers and gusty winds to Mexico, Belize and Honduras.

At the same time, Mexican users of social networks reported that a hurricane struck the coast of the country.

That storm was rated first of the five categories on the Saffir-Simpson that evaluates the potential damage from the elements, the wind speed must exceed 120 kilometers per hour.