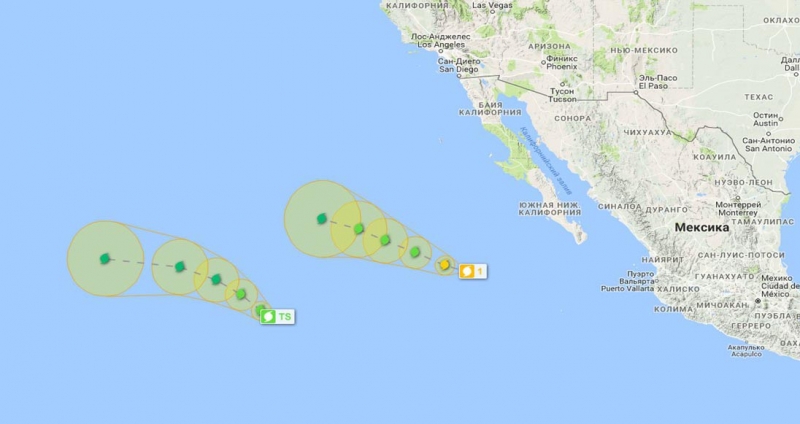 Tropical storm “Frank” has gained the force of a hurricane the first category in the Pacific ocean off the coast of Mexico, according to the national weather service, the Latin American countries.

“Frank” became the fifth hurricane formed in the Pacific ocean this year. The first was the “Blas”, formed in the beginning of July. The meteorologists say that “Frank” with the big share of probability will not affect Mexico and pass by her shores. Now he is slowly moving away from the coast.