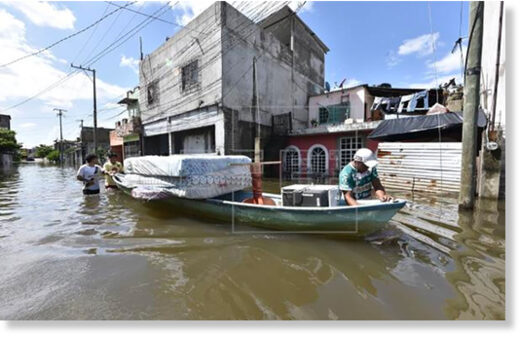 Tropical storm Gamma claimed the lives of at least six people in two states and affected about 600,000 citizens as heavy rain and hurricane-like winds wreaked havoc in the south and southeast of Mexico.

The state of Tabasco suffered the most, with two deaths and more than 590,000 people affected by the hurricane.

Federal authorities said one person died in Jalapa municipality and another in Jalpa de Mendes. Both victims drowned in flood water.

Chiapas state officials said four members of the same family, including two children, were killed after a landslide hit their home in San Juan Chamula.