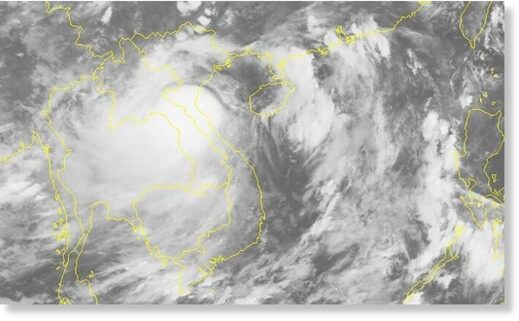 Tropical storm Koguma made landfall in the province of Thai Binh in northern Vietnam in the early morning of June 13, 2021. According to Vietnamese rescue services, the storm weakened to a tropical depression as it moved inland.

Two fishermen were reported missing at sea off the coast of Thai Binh Province. Two Border Guard ships are assisting in the search and rescue.

As of June 13, flood damage was mostly limited to farmland and crops. According to the VDMA, a total of 19,733 hectares of agricultural land was flooded, including 15,400 hectares in Ha Tinh province and 3,463 hectares in Nghe An province.

The National Center for Hydrometeorological Forecasts of Vietnam (NCHMF) warned of possible further flooding in northern provinces, particularly Thanh Hoa and Nghe An provinces, as well as in Ha Tinh province along the La River.