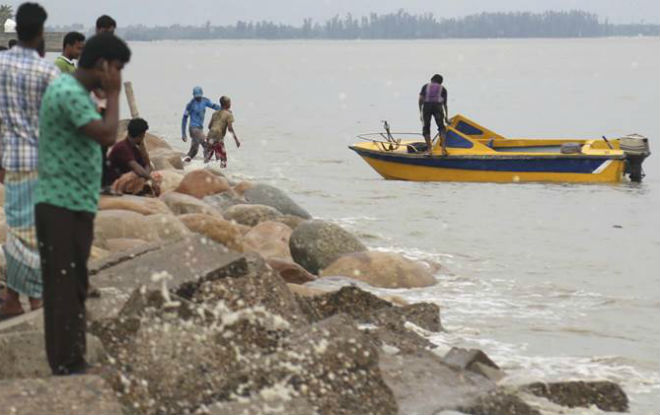 As a result of the passage of the tropical cyclone “Mora” in Bangladesh, 10 people were killed. From the coastal areas in connection with the arrival of the elements 500,000 people were evacuated.

The tropical cyclone “Mora” hit the coast of the country on Tuesday morning. The maximum wind speed reached 150 km / h. The most severely affected by the weather were the districts of Cox-Bazar and Rangamati, where dozens of houses were damaged.

Most of the deaths occurred as a result of the fall of trees, one person died of a heart attack during a storm.

In the North Bay, in the coastal areas and seaports of Bangladesh, there is still a squally wind and thunderstorm rains.

As previously reported, on the eve of the arrival of the cyclone, all flights from Chittagong International Airport and Cox-Bazar air harbors were canceled. It was also recommended to stay in the bays for all ships.