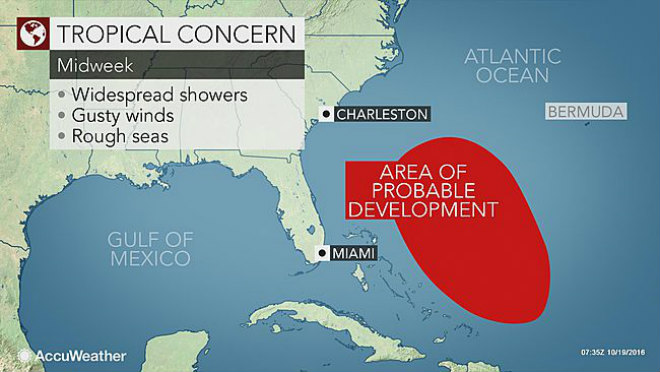 A tropical system in the Western part of the Atlantic ocean could become the next tropical storm of the hurricane season in the Atlantic in 2016 this week. The storm could bring coastal hazards for the Eastern United States at the end of the week.

A cluster of showers and thunderstorms to the North-East of the Turks and Caicos Islands is under the supervision of meteorologists. This area is favored for tropical development in late October. The next tropical storm in the Atlantic will be named “Otto”.

Despite the expected distance from the land, the impact of the system will be felt in the territories from the Bahamas to Bermuda and the U.S. East coast this week. Areas across the southeastern Bahamas, the Dominican Republic and Puerto Rico will experience enhanced rains and heavy surf on Wednesday.