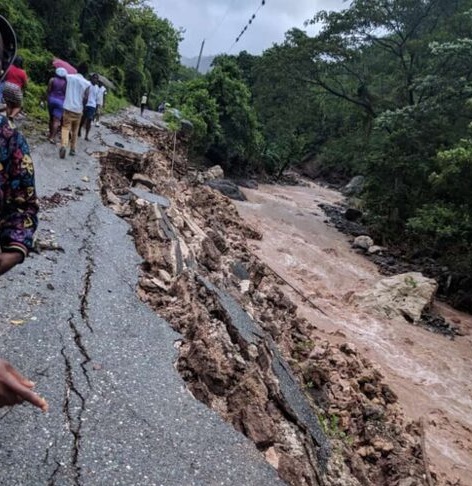 Over the weekend, Jamaica was hit by torrential rain associated with tropical storm Zeta, which killed two people, destroyed many roads and forced residents to flee their homes.

Heavy rains killed two people following the destruction of a home in Shooters Hill, St Andrew. The bodies of Romeo Leachman and his 15-year-old daughter, Sanica Leachman, were found under the ruins of his house, which was demolished by a landslide.

Almost a full day of rain caused flooding across the island, forcing many residents to flee their homes and seek refuge.