Turkish merchant flew on an umbrella during a hurricane 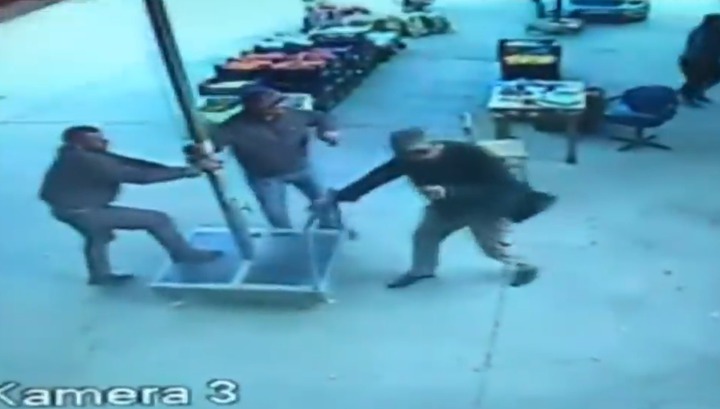 Flying in the spirit of Mary Poppins made a merchant from Turkey, soared on an umbrella above the ground by four meters, according to DHA. The man went to take off right under the surveillance camera.

On March 25, Sadiq Kochadalla from the Turkish city of Osmaniye and his two colleagues in the mall rushed to save a large umbrella, which during the hurricane “crawled” away from the counter. The man jumped onto the platform, hoping to keep the coolness-giving property on the ground, but after a couple he was in limbo

“Realizing that the umbrella would continue to rise, I jumped. By that moment, I think I climbed three or four meters,” Sadik himself said.

He was not injured, but his friend got to the hospital, on whose head a massive umbrella fell as soon as a strong wind died.