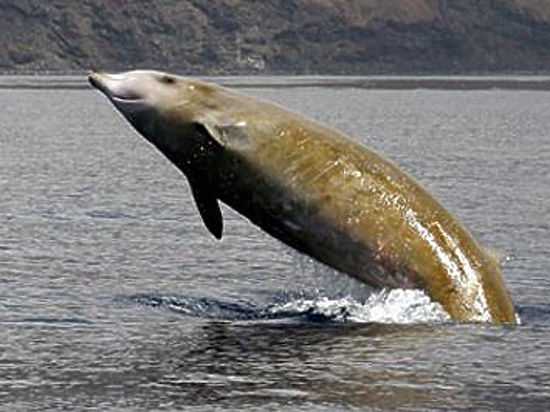 Two rare whale carcasses washed up on the shore of one of the commander Islands – Bering island in Kamchatka, currently being studied by scientists.

As reported on the website of the state nature biosphere reserve “commander” thrown the whale was found by the resident of the island of Bering, what immediately reported to the reserve. Arriving officers found the bodies of the male and female. The degree of preservation varied, but scientists were able to examine both findings.

“Both bodies were taken samples of skin and muscle tissue for genetic studies, adipose tissue – for analysis for heavy metals. This is the second case, when we are able to conduct a comprehensive study thrown on the commander Islands of cluborlov”, – reported on the website of the state nature biosphere reserve “commander”.

It is noted that the ecology and food of this species is still very poorly understood, so each study has a great importance for science. All over the world have been studied less than 50 individuals of common cluburile of them in the North Pacific – five. New data collected by scientists on the commander Islands, to expand and to deepen knowledge of the biology of these cetaceans.

“Klaveril is one of the most frequently encountered species of cetacean, which are on the shore, including the commander Islands. While this animal live here, you meet very rarely – to register a first time meeting with cluburilor managed employees in the past year,” the report States.

Keith klaveril listed in the Red Book of Russia. It’s relatively small size – up to eight metres. Klaveril found in all warm temperate and cold temperate waters of the World ocean, except in high latitudes, but everywhere small. In European waters Russia meeting it is possible only in the Baltic and in the far East – the Japanese, Okhotsk and Bering seas.

Commander Islands state nature reserve on the commander Islands, was established on 23 April 1993. It comprises four major Islands – Copper, Bering, Arias Stone and Beaver Stones, for more than 60 smaller Islands and the adjacent waters of the Bering sea and the Pacific ocean.