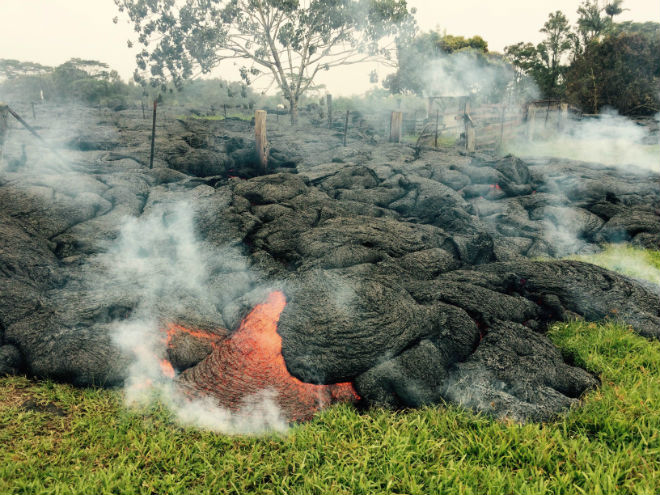 Two new lava flow broke out at Kilauea volcano in Hawaii, but they do not threaten nearby settlements.

Kilauea is one of the most active volcanoes in the world. In 2014, the lava flows reached the town of Pahoa, destroying part of a cemetery and damaging a few houses.

The Hawaiian volcano Observatory reports that the new lava flows erupted on Tuesday morning with one of the cones of the Kilauea. Giant erupting continuously for more than 33 years. This is one of five volcanoes located on the Big Island of Hawaii.