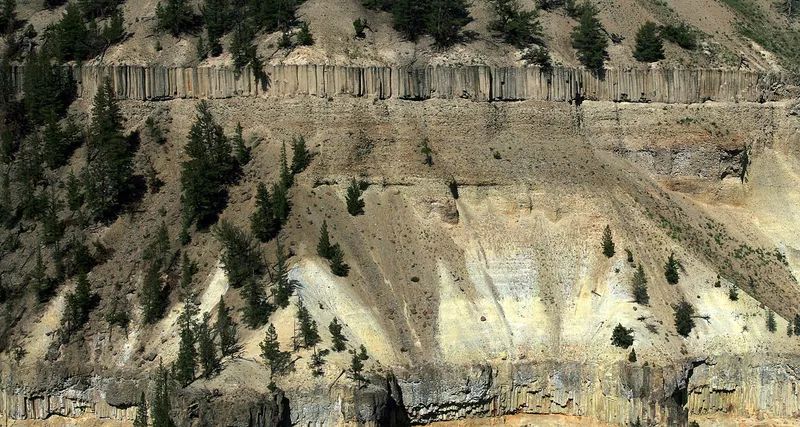 British geologists from the University of Leicester discovered two previously unknown mega-eruptions of the Yellowstone hotspot that occurred during the Miocene – about nine million years ago.

Over the past 20 million years, the supervolcano in Yellowstone has erupted more than 140 times. In some cases, these were mega eruptions that threw up to 450 cubic kilometers of lava per day and covered with ash half the continent each time. Only a part of them has been precisely identified so far, but now two more have been added to them, identified by British geologists.

Scientists have discovered that volcanic deposits southwest of the caldera on the border of Idaho and Nevada appeared as a result of at least two mega-eruptions.

“Until now, these deposits were thought to be the result of a series of small eruptions. But we found out that in fact the cause was the colossal emissions of two mega-eruptions that occurred about nine and 8.7 million years ago, ”explains one of the authors of the study, Thomas Knott.

The first of these two eruptions left behind a frozen layer of lava and volcanic ash flows with an area of ​​12,000 square kilometers. This layer today covers a significant part of southern Idaho and in some places reaches a thickness of almost a hundred meters. Scientists believe that this eruption reached magnitude 8.6 by VEI and threw about 1700 cubic kilometers of volcanic rock. In its strength, it significantly exceeded the last explosion of Yellowstone, which occurred 640 thousand years ago.

However, the second of the detected mega-eruptions of magnitude 8.8 by VEI was even more powerful. The authors of the study suggest that it was generally the strongest in this volcanic region. The volcano then threw about 2,700 cubic kilometers of rock, which covered an area of ​​23,000 square kilometers.

“It was one of the five largest known eruptions in the entire history of the Earth,” says Knott. “It turned a territory the size of New Jersey into a solid mass of heated volcanic glass and destroyed all living things in the area.” Huge masses of small particles gathered in the stratosphere, and then fell ashes throughout the modern US and later spread around the world. ”

The discovery of British geologists allows a better understanding of the activity of the Yellowstone hot spot. Now a total of six mega-eruptions are known that occurred here during the Miocene with a frequency of about 500 thousand years. Over the past three million years, only two such volcanic explosions have occurred in Yellowstone, and scientists believe that the frequency has increased to one and a half million years. Based on the fact that the last mega-eruption was 640 thousand years ago, the authors of the study believe that there is still enough time until the next – about 900 thousand years. But this is not certain – too little is known to science about the cycles of volcanic activity.