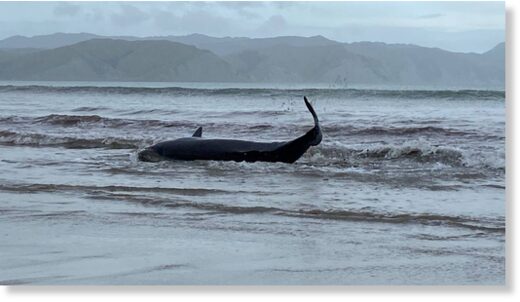 The Department of Conservation (DOC) has received reports that two sperm whales have thrown themselves onto Mahia Beach. One is two meters long and the other is four meters.

The big whale died, and the smaller one returned to the ocean, but after a short time it threw itself ashore where it was examined by the Department staff and decided to put it to sleep.

Julia Leporace was on the beach when the smaller whale jumped out:

“My husband and three other men tried to push the whale back into the sea, and at first it seemed that it would swim away, but in the end it headed back. He was bleeding heavily. ”

“There was a lot of blood, at first we thought it was a great white shark because it was rushing around a lot, but then, when we got closer, we realized that it was a whale.”