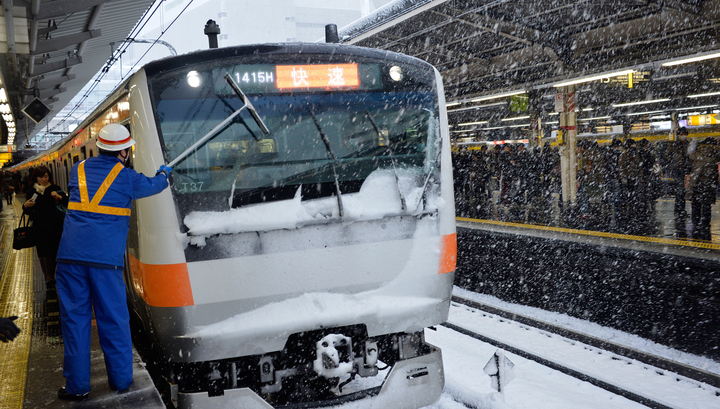 In Japan, almost two thousand people spent the night in high-speed trains “shinkansen” at stations in Tokyo, Nagoya and Osaka. Because of the heavy snowfall, the trains were followed with great delays – up to three and a half hours. People who traveled late on the flight did not have time to make a transfer and were stuck in railway stations. This is reported by the NHK television channel.

The railway company JR found an unusual way out: passengers were offered to spend the night in wagons. For this, several express trains were left at the stations.

In the near future, the consequences of the disaster will be eliminated and the movement will recover, railway officials said.

The snowstorm hit several regions of Japan on January 22. In Tokyo, over a day fell more than 20 centimeters of snow, which caused a transport collapse.