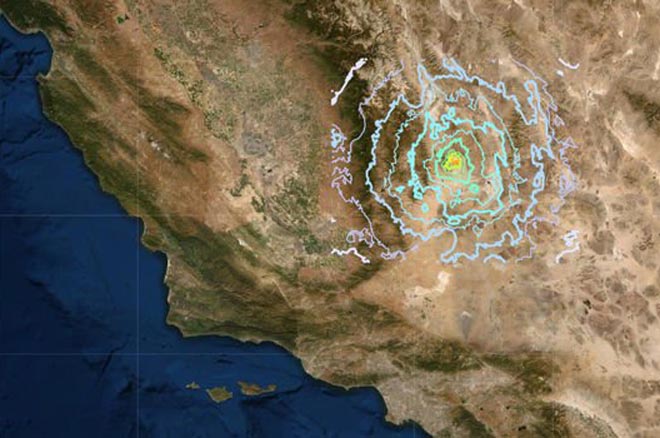 In just 24 hours, in two US states, Nevada and California, there were 578 tangible earthquakes.

11 tremors were recorded in Nevada, 567 – in California. The strongest in Nevada was an earthquake of magnitude 2.5, which occurred 58 km west of the city of Tonop in Nye County.


In California, high seismic activity is concentrated in the Little Lake area. Specialists from the US Geological Survey calculated about a hundred tremors in this area.

The largest earthquake in California on August 23 in 24 hours was an earthquake of magnitude 5.0, which was recorded 18 km east of Little Lake. Information about the injured and the destruction has been reported.

An earthquake of magnitude 7.1 occurred in this region in July 2019. Strong shocks destroyed buildings, caused fires, covered roads with large cracks and faults. Several victims were hospitalized. Seismologists have warned that powerful tremors can last for weeks.

California is not accustomed to earthquakes due to its geographical location on the dangerous Ring of Fire. The Pacific volcanic ring of fire is a horseshoe shaped area around the Pacific Ocean where the world’s most active volcanoes are located and the most destructive earthquakes occur.

Despite the fact that this area is so seismically active, scientists cannot predict when and where the next earthquake will occur. Experts believe that there are specific factors that can cause earthquakes, but this has not been proven by science. One of these factors is the cracks of a large tectonic formation, which arise from deep-sea drilling during mining.

A recent study published in the Geophysical Research Letters publication also found seismic activity to be linked for many weeks with a subsequent larger earthquake.

Experts believe that in California, a very large earthquake of magnitude 8.0 or more can occur, which can cause catastrophic damage.