Two volcanoes in Kamchatka do not cease 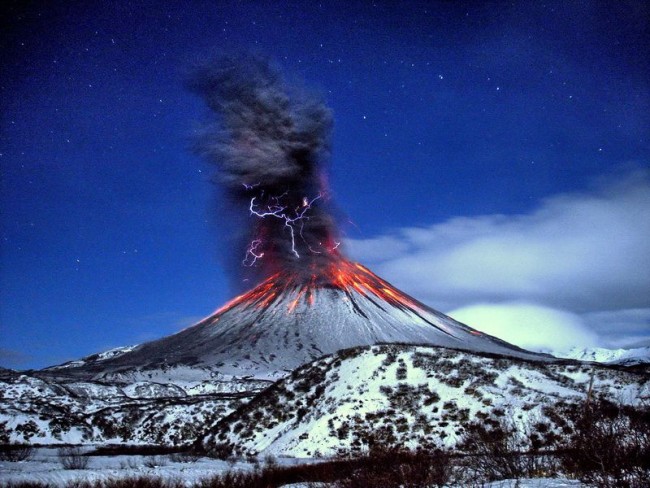 Two active volcanoes violated air communication between Moscow and Kamchatka. According to the EMERCOM of Kamchatka, two flights from the Russian capital to Petropavlovsk-Kamchatsky were postponed due to ash eruptions of Shiveluch and Klyuchevsky.

Precautions are taken because of the predicted trajectory of the ash cloud. According to the resource of TOKYO VAAK, the trail will spread to the south of Kamchatka at an altitude of 8 km towards the Sea of ​​Okhotsk. Ashes will pass over Milkovskiy, Elizovsky, Ust-Bolsheretsky municipal districts, Petropavlovsk-Kamchatsky and Vilyuchinsky.

For this reason, the administration of the Kamchatka airport “Elizovo” proposed to detain several flights in order to prevent ash from getting into the aircraft engines.

On Saturday, June 10, Shiveluch volcano “spit out” two ash streams 6 and 8 km high. The ash column from the volcano Klyuchevskoy soared into the air for 7 km. And on Sunday, June 11, Klyuchevskoy blurted out a column of volcanic substance 5 km high.

In the settlements of Kamchatka ash falls were not recorded.